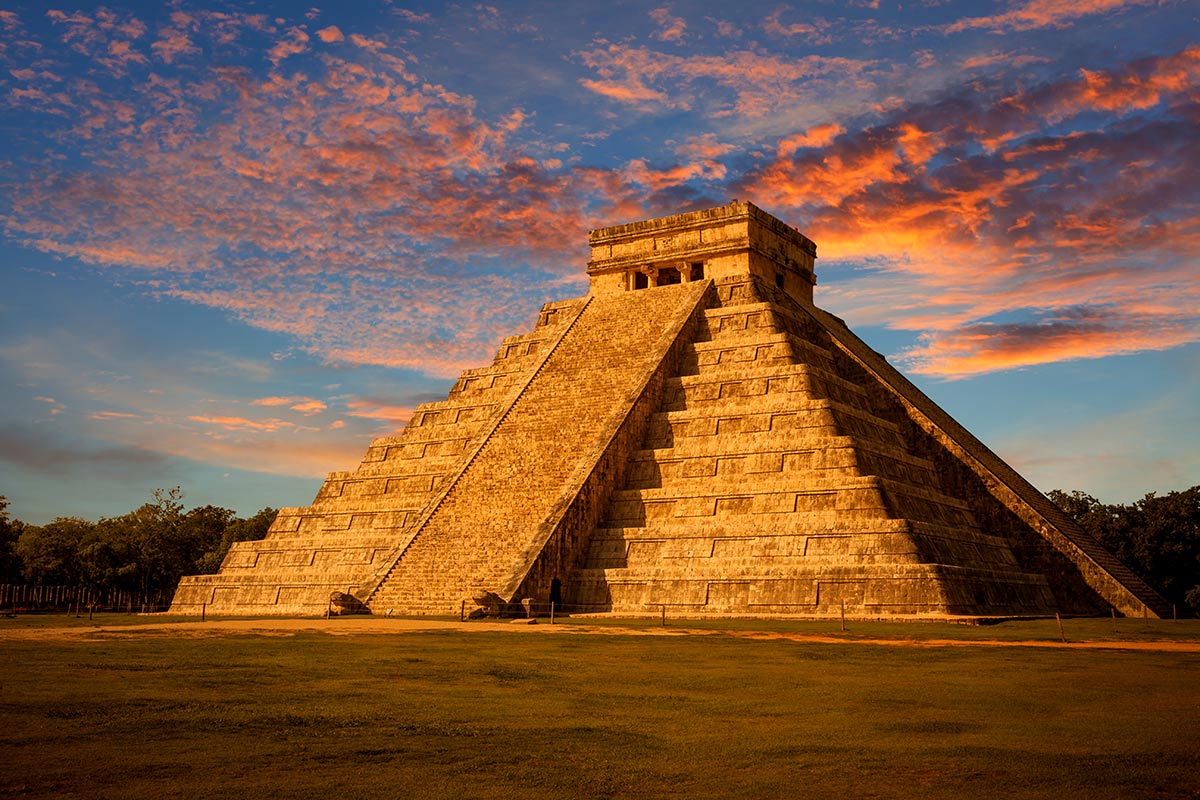 An Equinox, which means “equal night”, is the enchanting and anticipated phenomenon that only happens twice per year, once in the spring and once in the autumn. It’s the fleeting moment in which the plane of earth’s equator passes through the center of the sun´s disk, making day and night approximately equal in duration all over the planet.

The spring equinox in the Northern Hemisphere is fast approaching and will fall on March 20th – March 21st. Autumn equinoxes, in the Southern Hemisphere, usually fall in September between the 22nd or 23rd day of the month.

Although science marks this exciting occasion as something functional for the planet, for the ancient Mayan culture and civilization it was truly something magical and an event to be worshipped. The ancient Mayan’s deserve admiration for their creative and fascinating rituals during an equinox that still leave our modern culture in awe to this day!

If you’re visiting Cancun during the spring equinox, be sure not to miss out on the spectacular experience at Chichen Izta!

Chichen Itza is one of the largest and most enchanting Mayan archaeological sites in the Yucatan Peninsula and is world-renowned for its prolific insight into ancient Mayan life and array of well-preserved temples. Chichen Itza was inscribed on the UNESCO world heritage list in 1980s and was recognized as being one of the Seven Wonders of the World!

Located in the Tulum Municipality approximately a 2hr drive from Playa del Carmen, the large archaeological site is said to date back to the 6th century and occupies an area of 10 square kilometers. Chichen Itza was invaded in the 10th century by foreigners and went on to endure a multitude of civilizations and influences but never lost its vestige of ancient Mayan culture.

The main attraction at Chichen Itza is the Temple of Kukulkan or commonly referred to as ‘El Castillo’ (The Castle). The stunning 75-foot temple (that was actually built on top of a pre-existing temple) dominates the center of the Chichen Itza and is said to have helped the Mayan’s with their astrological knowledge.

What’s fascinating is that the Temple of Kukulkan is also a shining example of the advanced Mesoamerican knowledge of mathematics and astronomy. When examining the details of the temple´s architecture, it was found that all four sides of the temple have exactly 91 steps descending to the top, totaling 364 steps. The top of the pyramid counts as the last step, making the overall total 365 steps. Each step represents a day of the calendar year! The pyramid was built to be a representation of the Maya Calendar. The pyramid was built slightly to the North East, which was purposely done to create the illusion of the descent of Kukulkan on the Spring equinox.

The Temple of Kukulkan also holds another magic. Kukulkan was the name of the feathered-serpent deity who the Mayan’s believed was one of the three gods who helped create planet earth. The Temple is dedicated to Kukulkan and it features one large serpent head made out of stone at the bottom of the temple that represents him/her.

And here is why the spring equinox is so special to ancient Mayan civilization. According to ancient legend, when the day balances with the night during the spring equinox, Kukulkan visits the temple and briefly returns to earth to provide blessings for good health and a full harvest before continuing on to the underworld via the sacred waters below.

The Mayan’s commemorated this event in the most spectacular and breathtaking way. They used precisive architecture combined with an advanced understanding of the natural rotation of the earth to build the Temple of Kukulkan in the exact position that allows sun to create the illusion of a feathered serpent descending down the temple.

For approximately five hours, the illusion of light and shadow creates seven triangles that start at the top of the temple and slowly make their way down until they connect with the giant serpent head at the bottom. The entirety of this stunning shadow remains for around one hour until it slowly starts descending down the pyramid and eventually disappears, which represents Kukulkan passing into the underworld.

It’s an unforgettable experience that offers a sense of mystery, magic and nostalgia of ancient Mayan life. Thousands of tourists from all around the world visit Chichen Itza each year to marvel at this unique event. It’s simply fascinating how over 1000 years ago the Mayan’s had the knowledge to create such a powerful tool and understand the rotation of the earth to such an advanced extent – without the existing technology that we have today! That is what also makes it so wondrous.

In addition to being one of the most fascinating archaeological sites for Mayan history, Chichen Itza also has numerous stunning cenotes to enjoy! The most famous cenote on site is called Cenote Sagredo or ‘Sacred Cenote’, which is located only a few hundred meters from the Temple of Kukulkan. Cenotes were sacred to the Mayan’s as they believed that they were passages to the underworld for the gods, such as Kukulkan.

A day out at Chichen Itza is always fascinating and thrilling regardless of what time of the year that you visit however, visiting during a spring equinox is such a moving experience that will leave you feeling elated and sentimental.

The Yucatan Peninsula is so rich in Mayan history with several ancient ruins and sites patterned throughout the area, especially within Riviera Maya. They add a special kind of magic to this part of Mexico, so be sure not to miss them on your next vacation! If you need a place to stay, check out Garza Blanca Cancun!

Travel to Cancun from the United States: A Guide

The Best Resort to Spend Spring Break in Cancun