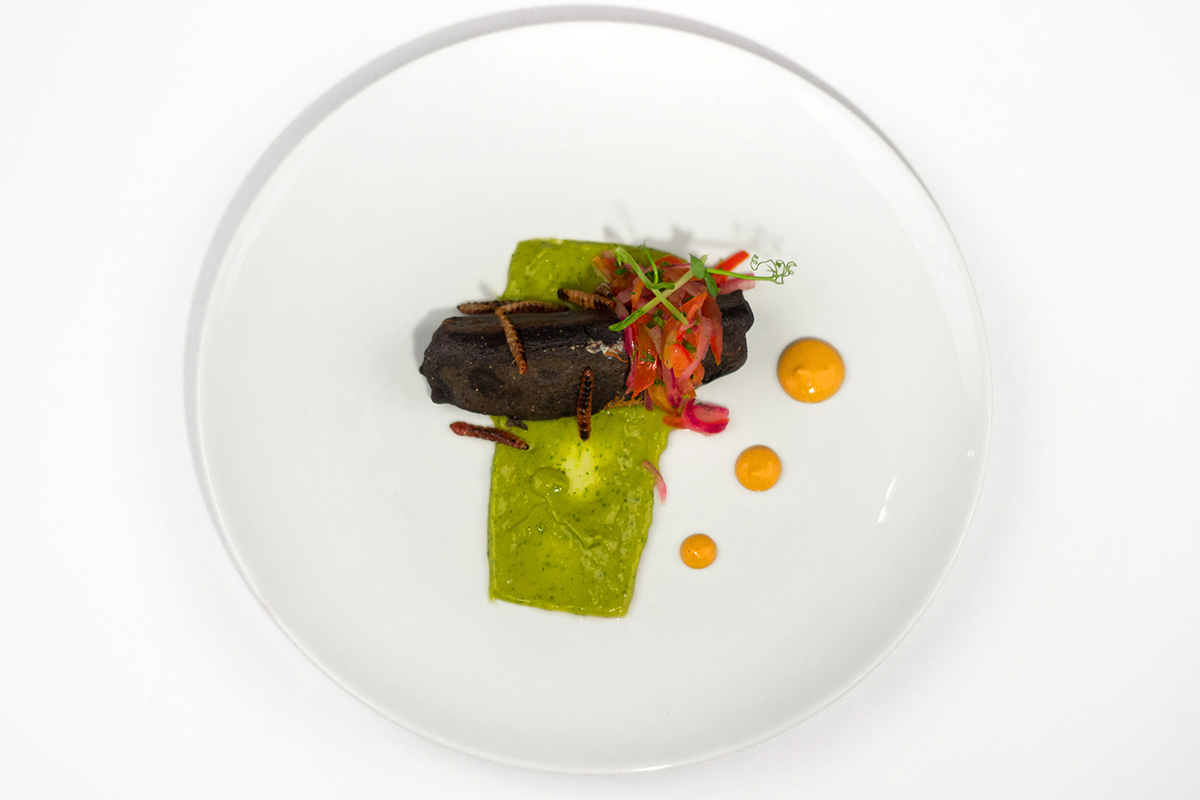 Mexico is a beautiful and wonderful country filled with some truly unique sights, sounds, and flavors; foodies from around the world are commonly delighted by Mexican cuisine! While chocolate infused mole, sizzling seafood, and savory pozole tantalize most of the tastebuds that pass through, there are some even more adventurous options available.

Bugs on the menu

Many foodies have begun to explore the centuries old, high-protein insect based diet that has been a staple of Mexican living. You see, long before tacos were filled with beef, pork, and fish, edible insects were found throughout Mexico. In fact, Mexico has the highest number of edible insects found anywhere in the world, and local know-how renders them delicious!

Here are some of the highlights that you might find on the menu in Mexico:

Gusanos, for those who don’t know, are those worms most commonly found at the bottom of mescal bottles. They’re rumoured to have aphrodisiacal qualities, too. In any case they’re high in protein and have a lovely, earthy flavor that really shines when they’re pan fried and eaten with guacamole. You will even find them on the menu at Blanca Blue restaurant. 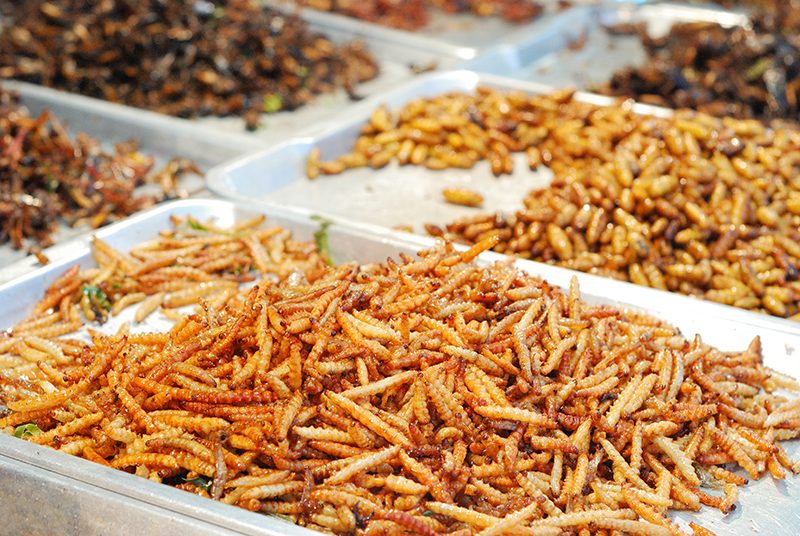 Chapulines are a favored snack in some Mexican state, and they can typically be found fried, crunchy, and flavored with lime juice and chili powder. Chapulines are packed with protein and can be found at street food stands in local markets as well as in high-end restaurants! 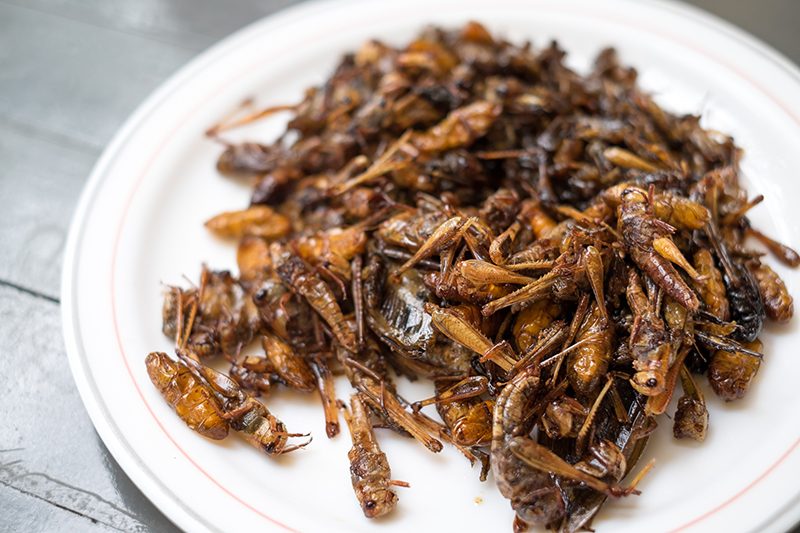 These are a rare treat really only found in Oaxaca. Chicatanas only emerge from their nests after the first seasonal rains flood them, and so are a very seasonal dish. Nonetheless their short-lived abundance means that they can be found in many dishes during this time. You can try them pan roasted with lime, or mixed in some salsas with chili, garlic, and salt. 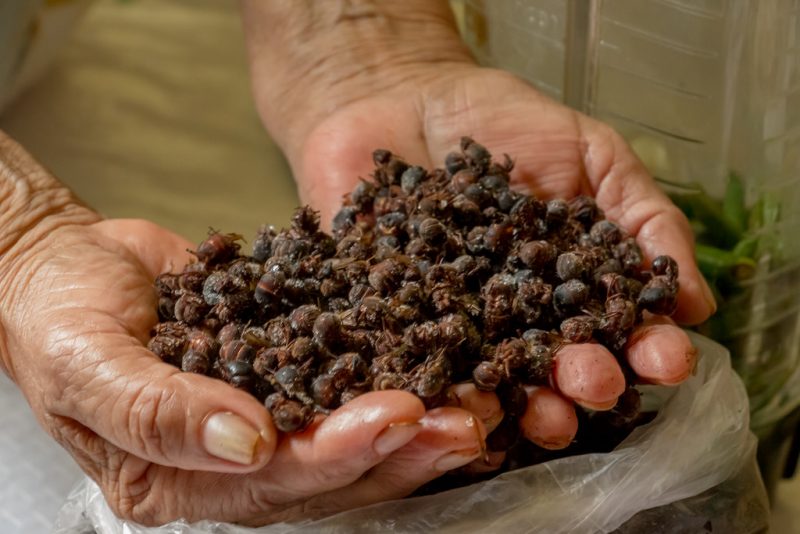 Cuchamás are picked from green desert shrubs before they are dried for sale in markets. Whether enjoyed as a crispy, low-fat snack, fried with lime, chili, and onion, or stuffed into taco shells these caterpillars are a Zapotitlán area favourite, and have been for hundreds of years! 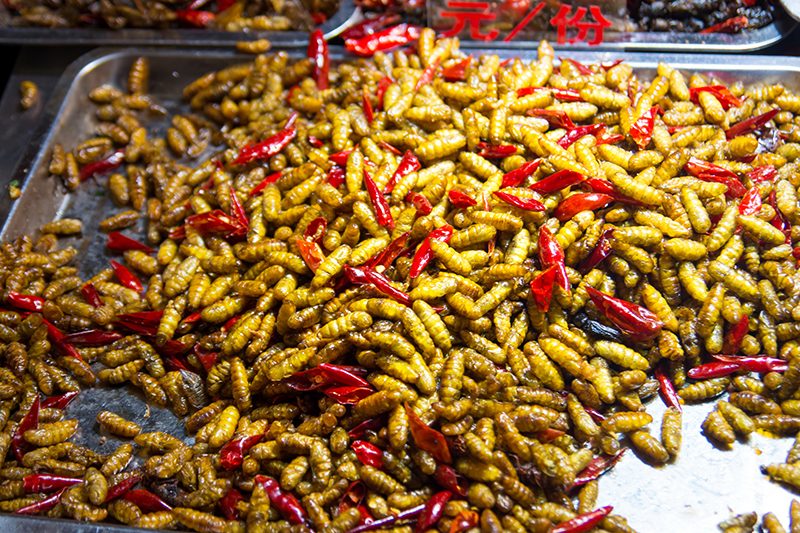 In the state of Puebla, Escamoles are eaten between March and May, and are much like caviar! Ant larvae is prized for its delicate texture and buttery, nutty flavour. Often sautéed with butter, onion, and garlic (or served in tacos) this is a melt-in-the-mouth treat for those who dare! 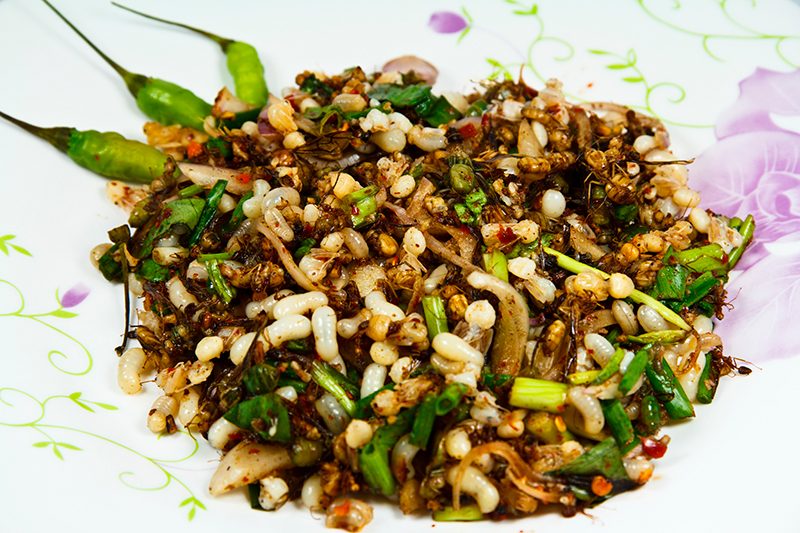 Mexico is actually home to 88 species of edible beetle, but the chaohui beetle is the most popular of all by far. The chahui beetle lives on bean pods that grow on desert dwelling mesquite trees (the same ones coyotes snack on!), and while they taste bitter if eaten raw, their flavor becomes mellow and almost fishy when they are roasted! 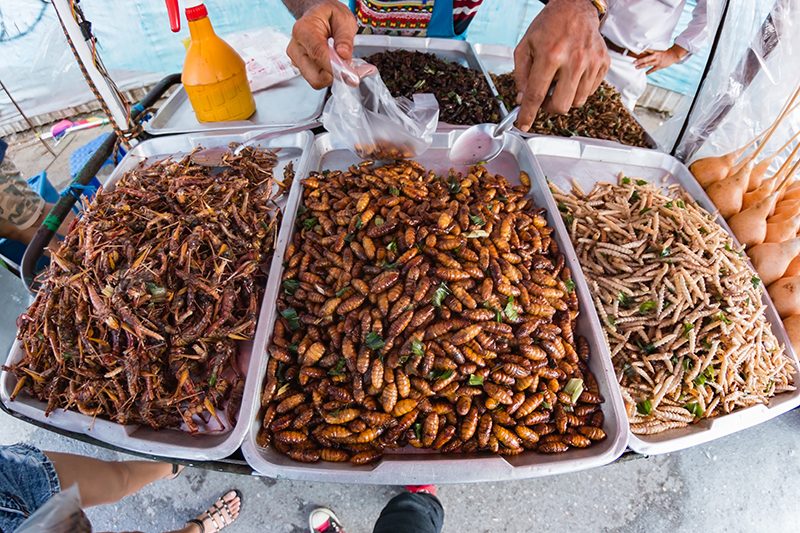 You might think that stink bugs are really the last thing you’d want to eat, but the strong flavor and fragrance, reminiscent of mint and cinnamon, can actually be tasty when they’re prepared correctly. Jumiles are bathed in lime while still alive before being roasted, generally speaking, and while they’re not for everyone, some say that they have an analgesic effect.

Libélulas are exceedingly popular in the northern state of Sonora where they are seasoned with the ever popular lime and salt combo before being fried or dried. They’re often served alongside a tequila shot!