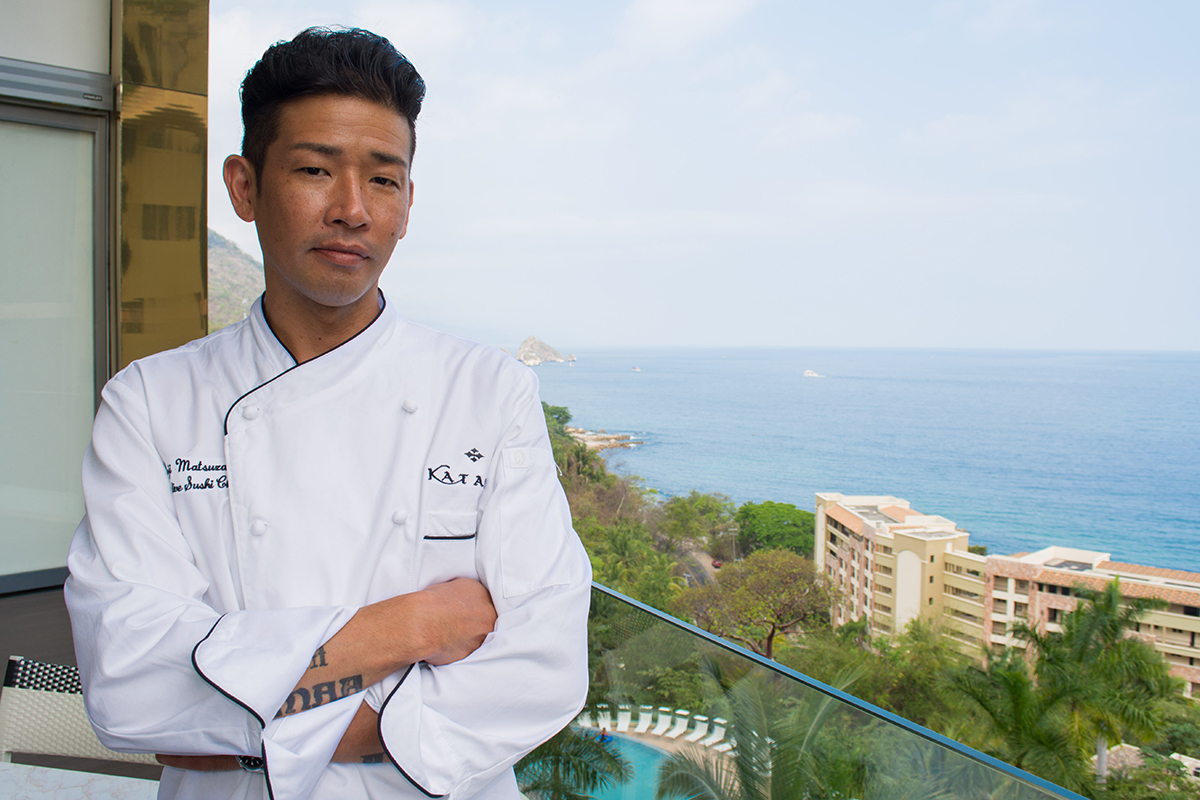 While Koji Matsuzaki was actually born in New York, his journey at the tender age of three to live in Japan with his family may have been the biggest factor to shape his destiny.  Growing up there influenced him greatly, where he carefully studied his mother as she lovingly prepared food in their kitchen.  After creating a meal, whether a culinary masterpiece or everyday fare, his mother clearly displayed the passion she felt for sharing the dining experience with family and friends.  Mesmerized by her skills and precision in the kitchen, he soon shared the same devotion to food preparation and enrolled in culinary school in Ikebukuro, Japan followed with five additional years of study in Tokyo. 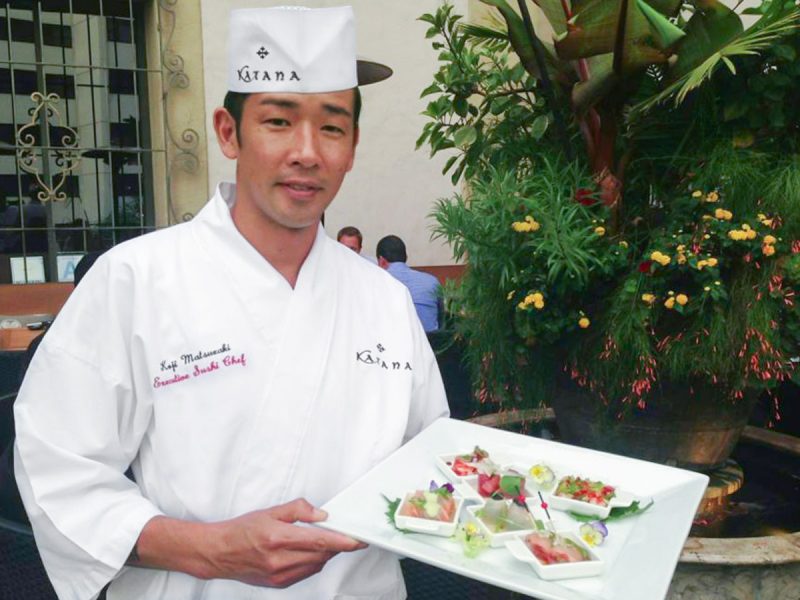 A move to Hawaii in 1995 proved to be a successful risk, where he found work as a sous chef for Hilton Hotels and Hawaii Prince Hotel Waikiki.  Following his time in the islands, he headed for the mainland to Los Angeles for a job at Asakuma Westwood.  Climbing the ranks in the sushi world, he was offered the impressive position of head sushi chef at Sushi Roku in Santa Monica, CA, while his subsequent move to Hokusai Beverly Hills brought added responsibility as executive chef.  His current role as executive chef at Katana confirms that his cunning expertise and creative innovation will continue to be great advantages throughout his career.

Although serving up his signature avant-garde spin on Japanese cuisine is still his top priority, stepping out in nature is a favorite way to unwind, either perfecting his swing on the golf course or listening to the crashing waves on the beach.  His adopted hometown of Los Angeles has provided him with plenty of entertainment options such as regularly attending local sporting events.  Becoming a superfan and rooting for his teams has brought even more popularity, with players expressing their mutual admiration for his remarkable skills in the kitchen.  He has even created special rolls for namesakes such as Matt Kemp of the Los Angeles Dodgers and DeAndre Jordan and Blake Griffin of the Los Angeles Clippers.