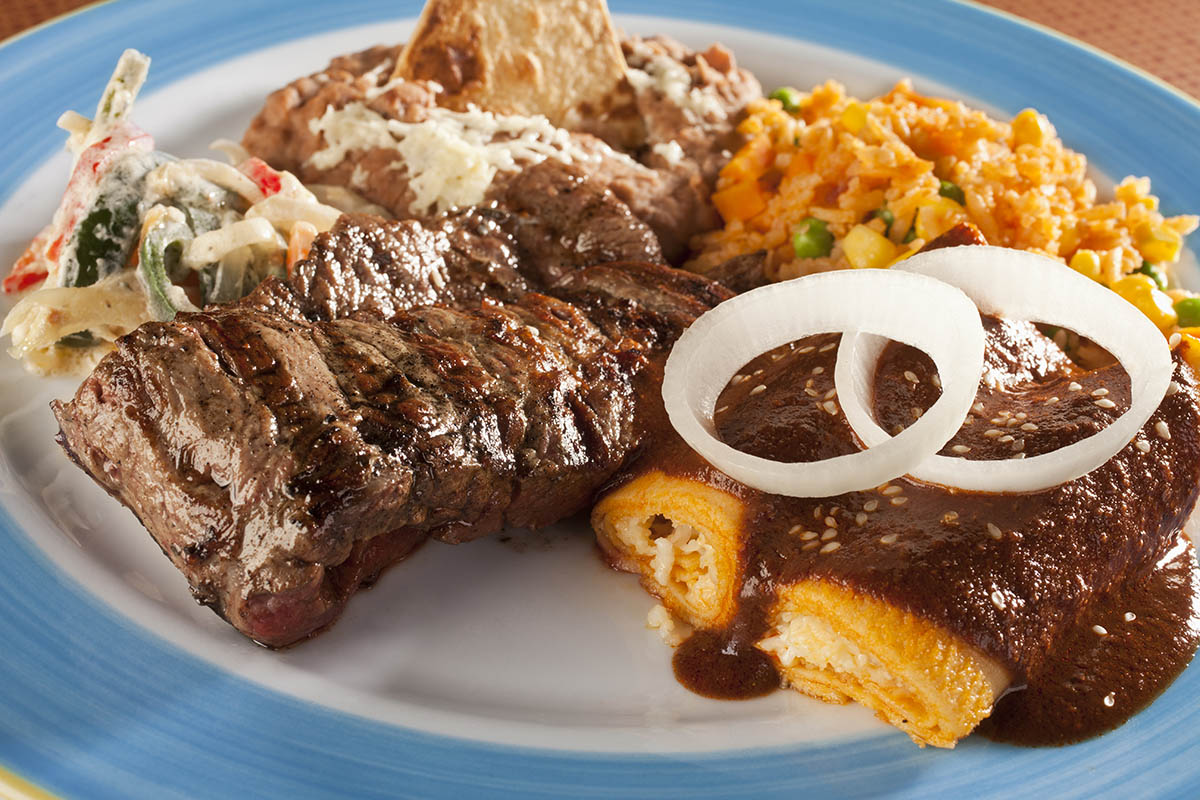 Because it is a country that is steeped in rich cultural traditions, Mexico is a spellbinding place that charms both locals and tourists alike, and one of the cornerstones of its fascinating heritage is the remarkable cuisine found throughout the country.  Utilizing a wide assortment of cooking techniques and ingredients, food in Mexico is complex, flavorful and, above all else, difficult to define.

Sure, you will find foods like tacos just about any place you travel in Mexico, but due to the massive size of the country, their ingredients and flavors will have a distinct regional flair depending on where you try them.  If you are wondering which regional specialties you should dine on while traveling in Mexico, take a look at some of the most beloved cuisine standouts found within this gloriously unique country:

With many of Mexico’s most prized cultural traditions hailing from the western state of Jalisco, including tequila, mariachi and charrería (similar to rodeo), it is no wonder that the cuisine from this coastal region is outstanding, too.  Copious amounts of fresh seafood are often featured, and birria (goat or beef slow cooked in a chile-based sauce) and the torta ahogada (a sandwich topped with a flavorful, spicy sauce consisting of tomato and chiles) are local favorites. 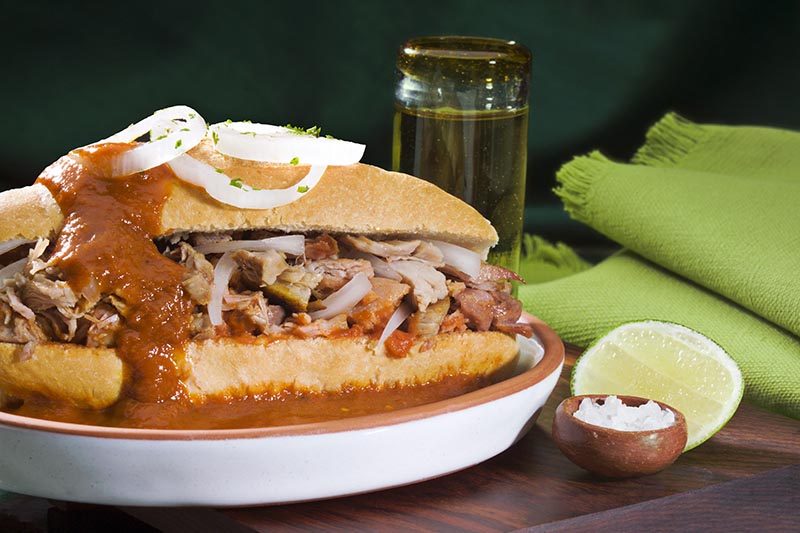 Some of the most iconic foods in Mexican cuisine hail from the state of Oaxaca, which is a region acclaimed for its fascinating, colorful traditions.  Many versions of flavorful mole were developed here including amarillo, verde, chichilo, rojo, coloradito, negro and manchamantel.  Chapulines (fried grasshoppers) are a popular snack, while tamales, gigantic empanadas and tlayudas (a dish comparable to pizza) satisfy more serious hunger pangs. 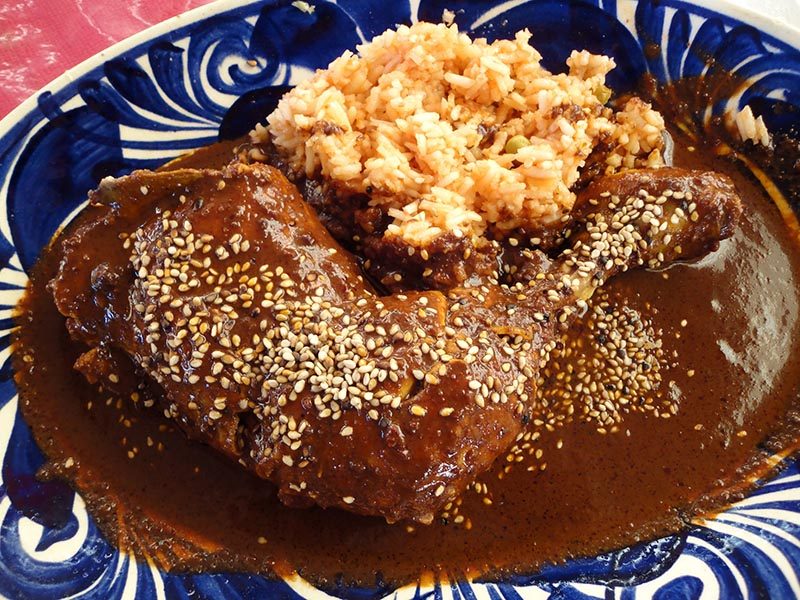 The state of Puebla is home to some of Mexico’s most beloved dishes, making it a great destination for foodies.  Mole poblano is an incredibly complex sauce that features elements such as seeds, dried chilies, nuts and chocolate, and many aficionados are so enamored with the sauce that they will eat it with nothing more than tortillas.  Chiles en nogada, on the other hand, is prepared by stuffing chiles with picadillo which are then bathed in a walnut sauce and a scattering of bright pomegranate seeds. 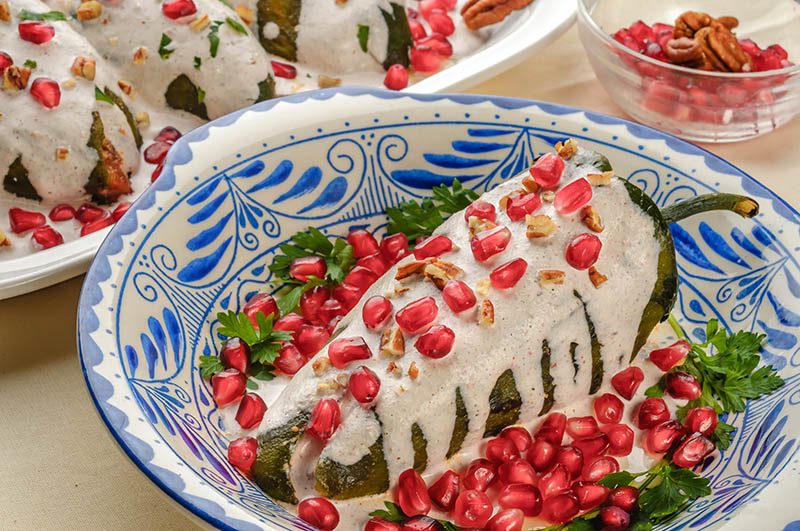 Fresh seafood is king in the state of Veracruz, which boasts more than 400 coastal miles along the Gulf of Mexico.  The signature dish here is definitely pescado a la veracruzana, which marries fresh fish with Mediterranean elements including olives, capers and tomatoes.  The region’s fare often features influences from the Caribbean and Africa, as well, for truly distinctive flavors.  Locals can’t get enough of arroz a la tumbada (a particularly saucy type of paella) and chipachole (a stick-to-your-ribs seafood stew). 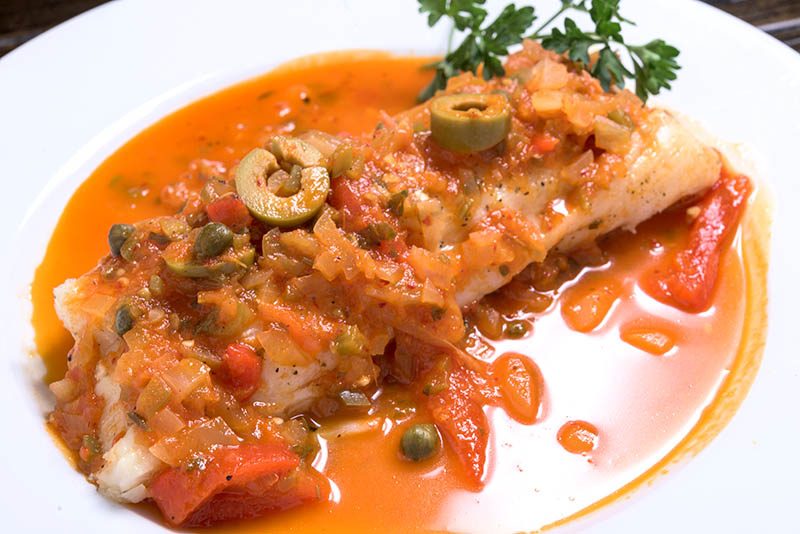 The Yucatán Peninsula is comprised of three states (Campeche, Quintana Roo and Yucatán) and turns out some of Mexico’s most beloved food.  The local cuisine is a delicious melting pot of flavors, with influences from Africa, the Caribbean and the Middle East. Sopa de lima (a zippy, citrus-infused tortilla soup) and cochinita pibil (tender roasted pork marinated in achiote and sour orange) are especially noteworthy. 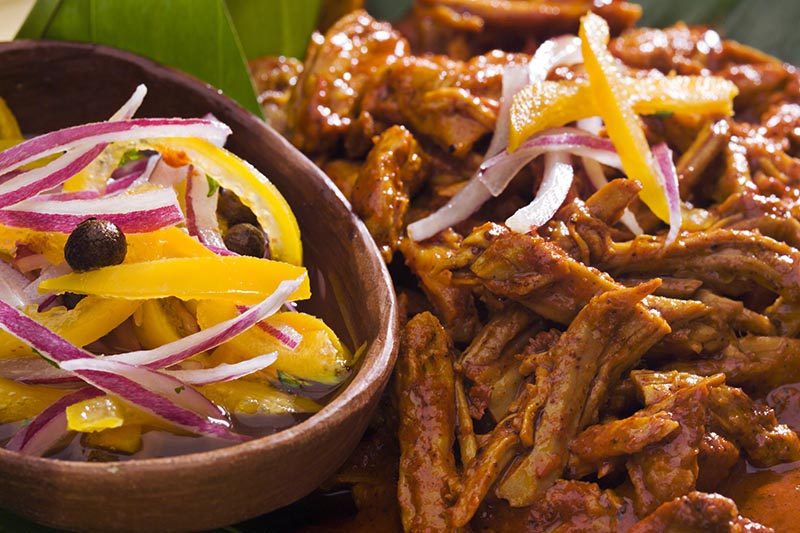