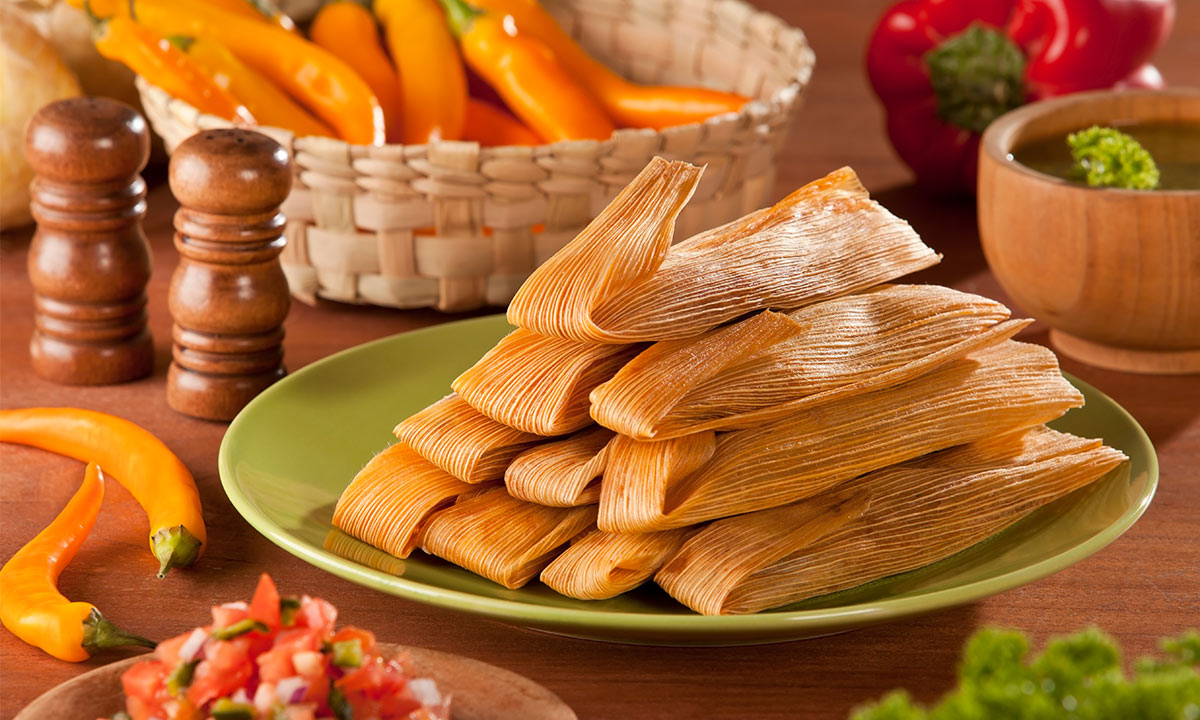 Mexican Independence Day is the biggest fiesta of the year and a perfect opportunity to get an insight into authentic Mexican culture and pride! The important event, that is celebrated on September 16th, is commemorated with nationwide festivities.

Some believe that Cinco de Mayo is the biggest holiday in Mexico and although it is celebrated spectacularly, it isn’t as important or as honored as their day of independence.

If you are celebrating Independence Day in Mexico be sure to indulge in some of the country’s most patriotic food and drinks!

What is Mexican Independence Day?

Mexico, briefly known as New Spain, was once a colony unfairly and harshly ruled by Spain for over 300 years. Native Mexicans were oppressed and lived in fear of the Spaniards, with farmland, property, and personal wealth confiscated and the right to voice their political opinion taken.

On September 16th, 1810, a Catholic priest from the town of Dolores named Miguel Hidalgo y Costilla decided to take brave action against the unjust colonization. He rang his church bells and delivered a speech that’s famously known as the Grito de Dolores (Cry of Dolores), which demanded the end of the Spanish ruling. This speech sparked the brutal Mexican War of Independence, which lasted for over a decade. Finally, on August 24, 1821, Spain withdrew from the battle and recognized Mexico as an independent country.

Mexican Independence Day has been spectacularly celebrated every year since that momentous day on September 16th, 1810. The day is commemorated with nationwide festivities including fireworks, parades, patriotic speeches, live music, and home-cooked feasts that are enjoyed my family and friends!

Mexico is famous for having one of the most exquisite and delicious cuisines in the world, with authentic recipes and dishes dating back centuries. As you can imagine, on Mexican Independence Day, a wide variety of food is prepared, consumed, and enjoyed in unity by family and friends.

We have listed the top five traditional Mexican dishes that you need to try this Mexican Independence Day!

Pozole is a hearty and traditional Mexican dish that originated with the Aztecs and other indigenous tribes in Mesoamerica. It is commonly enjoyed for events and special occasions such as weddings, baptisms, and Mexican Independence Day.

Pozole is a stew or soup that is made traditionally using pork, although sometimes it can be chicken, and ‘hominy’, which is processed corn. The stew is slow-cooked and seasoned with a delicious combination of herbs and spices, and is typically topped with garnishes including shredded lettuce, onions, and lime juice.

Chiles en Nogada is an appetizing seasonal dish that is only be prepared between the months of August and September, when key ingredients such as pomegranate seeds and walnuts are in season.

Developed in the town of Puebla in the 18th Century by Catholic nuns, the dish incorporates the colors of the Mexican flag (green, white and red) and is said to be one of Mexico’s most patriotic dishes. It’s made using one or two cooked and seasoned Poblano peppers that are smothered in a delectable creamy walnut sauce and decorated with pomegranate seeds. The contrast of flavors and textures creates a unique flavor that Mexicans have celebrated for decades.

Tamales are a staple and authentic Mexican dish that you can find being sold on most street corners during the morning hours. The famous dish is usually prepared using a starchy, corn-based masa (dough) that is stuffed with succulent and seasoned meat, usually chicken or beef, and then wrapped in either corn husks or banana leaves and steamed to perfection.

The name “tamale” is derived from the word ‘tamalii’, an Aztec word meaning “wrapped food”. Although we aren’t sure who specifically created the tamale, we know that that it dates back as far as 7000 BC, making it an important part of Mexican food culture and a classic for Mexican Independence Day!

Sopa Azteca “Aztec soup” is a warming and soothing broth that is made using strips of fried tortillas covered with a seasoned chicken broth, cooked tomatoes, pepper, garlic, and onions. The mixture is then topped with ripe avocado, special Mexican cheese, and a dollop of fresh cream. It can be complemented with lime juice, drops of piquant salsa, and cilantro.

The key to enjoying the perfect serving of Sopa Azteca is to eat it while the fried tortilla strips are still crisp, as it adds a unique flavor and texture. You can ask for your tortilla strips to be served separately, so you can add them just before you eat!

You have likely tried guacamole before while visiting a Mexican restaurant. It’s a staple food in the Mexican culture and a versatile dish that can be served as a starter or to complement a main meal, such as empanadas or fried fish.

Guacamole is made using several ripe avocados that are mushed into a soft paste and seasoned with chopped tomato, onion, cilantro, sprinkles of lime juice, and salt and pepper. In some areas of Mexico, guacamole is a delicacy and traditionally served with fried and crispy grasshoppers or ‘Chapulines’.

As with the cuisine, Mexico is known for having an exciting and delicious array of drinks to try and there is no better day to experiment than Mexican Independence Day!

The Bandera is a festive drink full of Mexican spirit that features the vibrant colors of the Mexican flag, making it very appropriate for Independence Day! This drink is prepared in three separate shot glasses that are meant to be sipped rather than downed. This drink comes with a specific set of instructions. First, you sip the shot of lime juice (green), next you take a sip of tequila (white), and lastly a sip of sangrita (red). Sangrita is not to be confused with sangria, although they sound similar, sangrita is not as sweet, it is made with tomato juice, serrano peppers, Worcestershire and Tabasco Sauce, orange, and lime juice, giving it a bit of a spicy kick.

An important note: you must sip the shots in the above order, if you sip them in a different order, it will neither match the order of the colors of the Mexican flag, nor taste as good!

The Michelada is a typically Mexican drink that’s made using beer, lime juice, tomato juice, spices, assorted sauces, and chili peppers. It is served in a chilled glass that’s rimmed with either salt or chili flakes. It’s the perfect beverage to enjoy while on the beach, as it’s light and thirst-quenching with a punchy flavor.

In Puerto Vallarta, the Michelada’s are prepared a little differently to other places in the country. They’re served with fresh shrimp, sliced jicama, and cucumber, which sit on the top of the glass turning your beer into a delicious snack.

Tequila is native to Mexico, originating from the town of Tequila in Jalisco. Tequila is the birthplace of the blue agave plant that contains special sugars that are key in making the famous beverage.

And yes, the Mexican population really does enjoy their tequila! It’s commonly enjoyed as a shot that’s frequently sipped on as opposed to thrown back. It can be enjoyed with a slice of lime and salt to enhance the flavor.

We hope you that enjoy Mexican Independence Day to the fullest and join in on the festive celebrations! Viva Mexico!