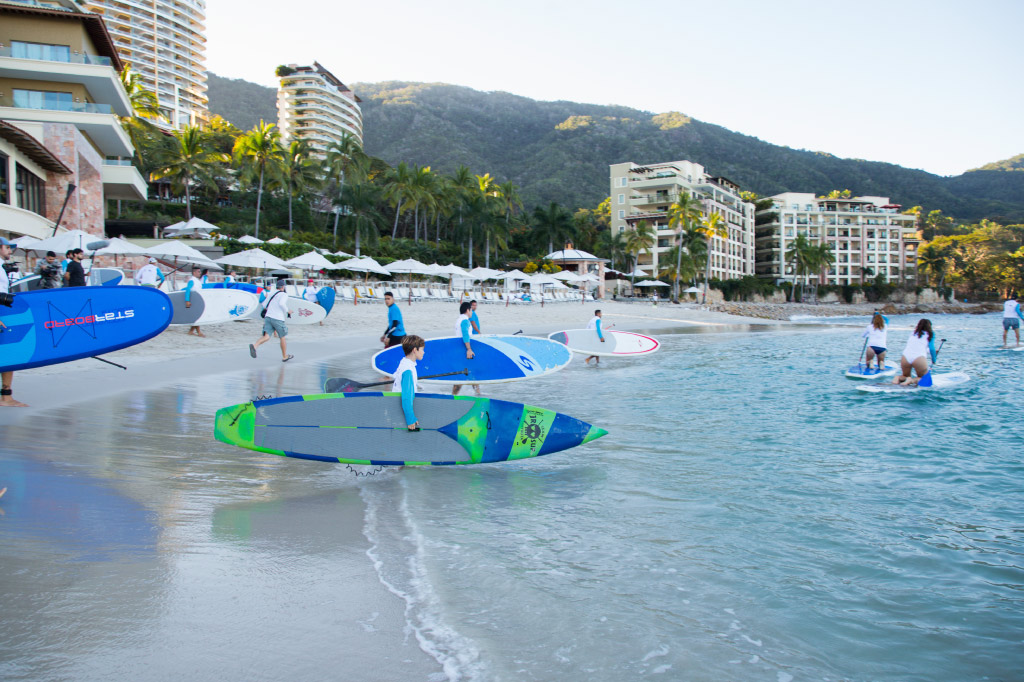 Earlier this year, on January 26th and 27th, 2019, sunny skies, salty surf and the thrill of competition brought tourists and locals together to compete in Stand Up Paddle Races that were open to everyone 12 years of age and older. Paddle boarding is usually a gentle way to explore the local coastline and take in the mountain views of the city, but not this time. There were three different races which tested speed including the Technical Race, the Relay Race or the Garza Blanca Challenge!

Saturday, January 26th, was a day of preparation for participants to get their muscles ready and brush up on their board skills. Garza Blanca offered a yoga class from 8 to 10 am followed by a paddleboard clinic from 10am to 1pm, which included lessons on how to connect with your board in what may be unfamiliar waters for some.

The races began at 8 am on January 27th! The Technical Race was from 8 am to 10 am, followed by the Relay Race from 10 to Noon and last the Garza Blanca Challenge from Noon to 2. Entry was completely free. SUP enthusiasts only had to register on the Paddle Board Challenge website.

This race is great for athletic beginners or those warming up for the Garza Blanca Challenge! There were a series of buoys marking a circuit course that consisted of three laps creating a total distance of 2.5 kilometers. Each athlete was asked to go around the buoys in one lap, exit the water, follow a guided run, re-enter the water and complete the second lap and so on.

Athletes formed a team of four people with two men and two women and each person was required to paddle 500 meters and run 10 meters before passing the baton to their partner. The race didn’t end until all four members of the team completed their course and passed the baton.

All participants in the Junior races for 12 to 15 years received a Certificate of Participation, and the first-place winners went home with a trophy.

All other races offered trophies to the contestants who took first place and gift bags to all female and all male first, second and third place winners.

Are you ready to channel your inner athlete and compete for the trophy?

If you wish to participate, register in advance by sending an email to activitiesgb@garzablanca.com or by phone (322) 1760718 ext. 5604

Celebrate the 4th of July with Us!

Come and Share our Celebration of Two Special Traditions: Halloween and Day of the Dead