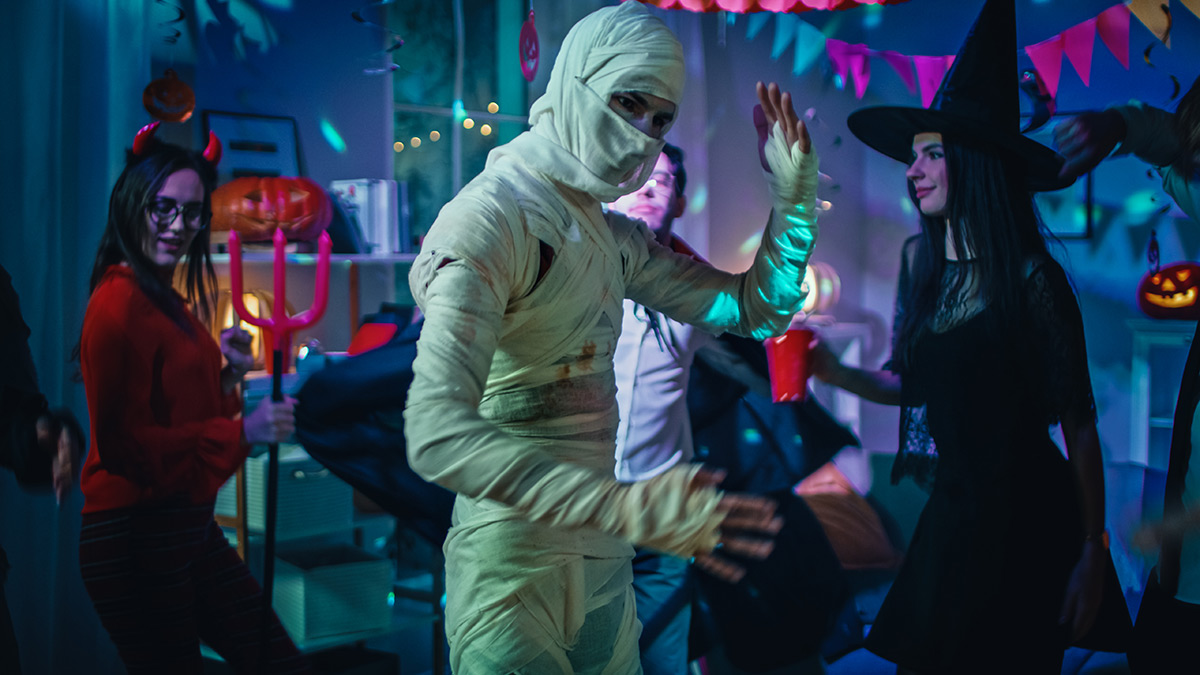 Are you planning on trick or treating this Halloween? Or maybe you’re throwing the Halloween bash of the century! No matter what your plans are this year, you’re going to need a costume, and this list is the place where you’ll find it! From pop culture to Bridgerton, there is something on this list for all couples, groups, and singles. Make sure you read until the end of the article to discover the best place to wear your costume this year (hint: it’s a tropical destination). Here is a list of the best Halloween costumes of this year!

Emma Stone plays the new interpretation of the villain Cruella de Vil in Disney’s Cruella this year—what better time to step into her evil shoes than on this Halloween night? In the original beloved children’s movie 101 Dalmations, Cruella is a character not usually in the spotlight, but you can change that with your costume this year.

This new series from the Star Wars franchise is found on Disney+ and is set five years after Return of the Jedi. The story follows a bounty hunter named Din Djarin in the far reaches of the galaxy. This cool, spacey, sci-fi costume is one the trick-or-treaters will remember for years to come. This is one of the best Halloween costumes for Star Wars fans.

Order your Mandalorian costume for $42.99 from Costume SuperCenter!

This has been a very popular costume over the past few years due to the rise in popularity of the DC movie Suicide Squad. This movie is where Harley Quinn first appears as Joker’s psychiatrist and then later becomes his lover. She has also appeared more recently in her own feature film, Birds of Prey.

Don some red and blue ponytails, grab a baseball bat, and let your inner wild child out by being Harley Quinn this Halloween! Find the costume at Wholesale Halloween Costumes for $49.99.

In the recent release of Marvel’s Black Widow, Natasha Romanoff (played by Scarlett Johansson) must confront her dark past. The character of Black Widow also appears in various other Marvel movies and stands as a strong female character in these roles.

Jump into her sleek black suit and harness the kick-butt energy of this female superhero. Find the costume at Spirit Halloween for $59.99 or create your own. Don’t forget the wig!

If you are wanting a stylish group costume this Halloween, look no further! The Gossip Girl reboot is full of trendy outfits worn by the young Upper East Side New Yorkers and is one of the best Halloween costumes for trendsetters. High leather boots, mini-skirts, and oversized button downs are the way to nail this costume. Add some 2000s-style hairdos to complete your looks and you’ll be the most stylish group around town this Halloween.

Bridgerton took the hearts of many by storm this past year. If you are someone who is obsessed with the Romantic era of the 1800s, check out these Bridgerton-esque costumes from Costume Super Center. Go as Daphne Bridgerton and Simon Basset for a cute couple’s costume, or just pick one to sweep the Halloween party off their feet!

7. Rihanna and A$AP Rocky at the Met Gala

This is another great idea for a trendy couple wanting to reflect a moment in pop culture history. Rihanna and A$AP Rocky made waves when they showed up to the Met Gala this year. Rihanna was dressed in a large puffy black dress with a bedazzled headband and black knit cap. A$AP wore a colorful quilt then later revealed a classy suit underneath.

If you want a bit of a challenge, this couple’s costume is definitely for you! Impress your friends with your trendiness and try out this unique costume.

Who isn’t a fan of Bob Ross? With a sense of classic Bob Ross calm, dress in your light wash jeans and button-down top and instruct the trick-or-treaters on how to paint some “happy little trees.” You may want to add a palette, paintbrush, and curly wig to your attire. Your friends will thank you for the painting tutorials!

Snag the Bob Ross costume from Spirit Halloween for $39.99.

9. The Sanderson Sisters from Hocus Pocus

Looking for a spookier costume? Dress up as one of the Sanderson sisters from Hocus Pocus this year! This is one of the best Halloween costumes for fans of the movie and newbies alike! Due to the recent release of the new film version, this will definitely be a hot costume this year. Grab some friends and go as a group or go as a single spooky sister!

Find your costume at Spirit Halloween for $49.99.

Last but not least, go as Harry Styles! This is a costume that will never get old. Choose one of Harry’s many iconic outfits to recreate or simply throw on some leather and a blazer with a boa and you’re set to go! Make sure to throw in as many lyrical quotes throughout the night as you can.

Show off Your Costume on Garza Blanca’s Spooky Trolley

There will be three different departures of the Spooky Trolly throughout the night: 7:00 pm, 7:30 pm, and 8:00 pm. The meeting point is in the Garza Blanca lobby and each ride will last about 25 to 30 minutes. Guests are not required to reserve their spots, but instead will be taken on a first come, first serve basis.

During your ride, you will be spooked by several ghosts and spirits, including vampires, zombies, werewolves, the weeping woman, and other Mexican legends such as Charro Negro (the headless horseman).

The best part of this is that the next morning you’ll wake up to a gorgeous tropical resort—like nothing spooky ever even happened. Come see for yourself as Garza Blanca transforms its beautiful paradise into a terrifying scene for the night!