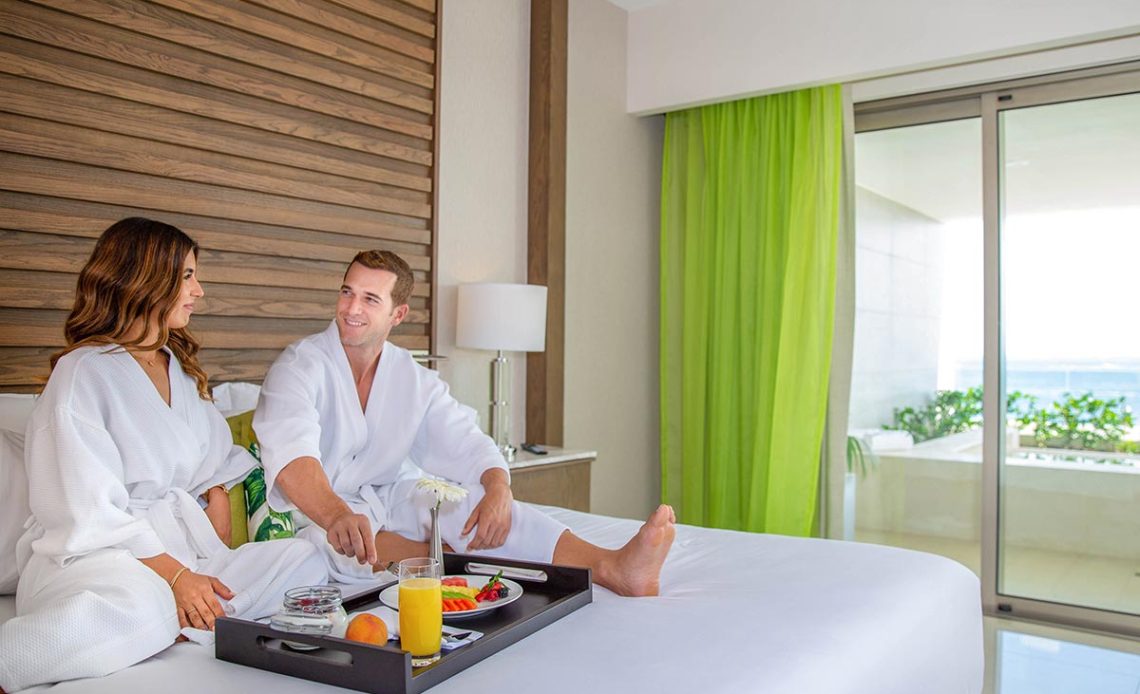 One of the most popular first dates is an outing to the movie theaters. At the same time, one of the most popular dates with your long-term partner is also an outing to the movie theaters or just an evening of staying in to watch Valentine’s Day movies while snuggling on the couch and enjoying a big bowl of popcorn. Anything that has to do with movies is perfect to spend a lovely time with your loved one, and why not? Movies bring to the surface every feeling in the body… laughter, fright, tears, and romance. Throughout time, movies have brought to us some of the most wonderful love stories that when enjoyed with your partner, light a spark causing you and your loved one to identify with the love on screen. That’s why this year, the best way to spend Valentine’s Day is having a movie marathon with movies that fit the occasion. This guide will show you the 10 best Valentine’s Day movies to watch during your Valentine’s Day movie marathon.

50 First Dates is a movie that gave us the on-screen couple we all needed, starring Adam Sandler and Drew Barrymore. Henry Roth is a veterinarian living in Hawaii. He is a playboy who afraid of commitment, has a string of one-night stands. That is until he meets Lucy Whitmore. They hit it off straight away and when he sees her again, he is stunned when she does not recognize him. He discovers she suffers from short term memory loss after a car accident. Henry now has the mission to make her fall in love with him every single day. This movie directed by Peter Segal rewrites the romantic comedy genre in a beautiful and different way.

This classic romantic comedy directed by Gil Junger and starring Heath Ledger and Julia Stiles tells a story based on William Shakespeare’s play “The Taming of The Shrew”. Cameron meets Bianca, a beautiful sophomore, during his first day at his new high school and he asks her out on a date. The only problem is that Bianca’s father tells her that she can only go out on a date if Kat, her unpopular older sister, has a date too. Now, Cameron and his best friend Michael must find a date for Bianca’s sister. This movie shows the magic of the “High School sweetheart” romance.

Eternal Sunshine of the Spotless Mind (2004)

This story by Michael Gondry brings us Jim Carrey in a performance as we’ve never seen him before with Kate Winslet by his side. When a couple’s relationship encounters a dead end, they decide to take part in a scientific experiment that will erase them from each other’s memory. But what happens when in the middle of the procedure someone begins to regret the decision? This movie is perfect for someone who loves science fiction, but also has room for a good old kind of romance.

The movie that brought to us the iconic line “Hello, my name is Inigo Montoya. You killed my father, prepare to die”. This Rob Reiner movie is one of the best Valentine’s Day movies because it is full of romance and action. The Princess Bride is the title of a book a grandfather reads to his grandson. As the grandfather reads the story, the action comes to life on the screen. The story is about Westley’s quest to save his childhood sweetheart and one true love, Buttercup, after she is kidnapped by an odious Prince. Starring Cary Elwes and Mandy Patinkin, this is the perfect example of a romantic adventure film.

The American Film Institute ranks Casablanca as the third best movie of all time. Casablanca earned critical acclaim and is considered one of the greatest films in history. The film is set in World War II and it is both iconic and beautiful in every way. Directed by the legendary Michael Curtiz, starring Humphrey Bogart and Ingrid Bergman, the movie tells the story of nightclub owner Rick Blaine, an American expatriate in Casablanca, Morocco. Rick uses his business to help war refugees obtain illicit letters that will help them escape to America, but when his former lover and her husband show up and ask for his help, he has to decide what to do. This iconic movie is an important part of film history. If you haven’t watched it yet, what better way to do so than with your loved one this Valentine’s Day?

As the movie poster says, this is the ultimate romantic comedy! Why? Because it follows not only the story of one couple, but the love story of eight different couples. It is a movie about romantic love and the obstacles that each character faces. From a story of a widowed man trying to find a new love, a love triangle about a newlywed couple and a best man, and a difficult to pursue love interest between a prime minister and a house servant, this film will keep you intrigued. The ensemble cast includes such names as Hugh Grant, Emma Thompson, Laura Linney, Keira Knightley, Colin Firth, Liam Neeson, and Martine McCutcheon. Directed by Richard Curtis, you can be assured that you won’t be disappointed with this romantic comedy.

Many consider Annie Hall Woody Allen’s masterpiece, a movie so revolutionary it created a new way of storytelling. Woody Allen also stars along with Diane Keaton. Annie Hall tells the story of a stand-up comedian Alvy Singer (Woody Allen) and his failed relationship with Annie Hall, an aspiring nightclub singer. Throughout the film, Alvy recounts the rise and fall of his relationship with Annie through a series of flashbacks. This is an emotional drama, which poignantly hits on the struggles of romantic love. The film is heartfelt, sad, and funny with witty dialogue that will keep you entertained and a must-see film on our list of the best Valentine’s Day movies.

Sleepless in Seattle brings Tom Hanks and Meg Ryan together on-screen for the second time. This classic Valentine’s Day movie tells the story of Sam and his 8-year-old son, Jonah. After the passing of Sam’s wife, he and his son relocate to Seattle in order to start a new chapter in their lives. After seeing the sadness in his dad, Jonah decides it’s time for him to meet a special woman, so he decides to tell his dad’s story on the radio making Sam quite popular with women, including Annie Reed. This movie directed by Nora Ephron has romance, drama, and a lot of heart.

Richard Gere and Julia Roberts brought to us one of the most iconic rom-com couples. In Pretty Woman, Richard Gere plays Edward Lewis, a very successful lawyer who finds himself lost on Hollywood Boulevard, where he meets Vivenne Ward (Julia Roberts). After recently breaking up with his girlfriend, Edward decides to hire Vivienne to be his escort for a whole week while he conquers the business world. Later he discovers she is nothing like he initially imagined, lighting a fire between them. This classic romantic comedy has inspired so many with its unique humor and romance.

True Romance shows a couple so perfect for each other that even when committing a few crimes, they stay together… and even get closer. True Romance is a movie written by Quentin Tarantino and directed by Tony Scott. You may ask yourself: “Why is there a movie written by Quentin Tarantino on a Valentine’s Day movies list?” Because as the title says, this movie is about a true romance, just not in the conventional way, making this a perfect movie to change the tone of your Valentine’s Day movie marathon without losing the romance. Clarence meets a call girl at the movie theater and after a one-night stand, they fall in love. When they accidentally discover a suitcase filled with cocaine, they try to sell it, but the mafia is after them. Without a doubt, this is a movie that will leave you with quite a conversation after watching it.

Whether you choose to watch them all during a Valentine’s week movie marathon or you just pick one romantic movie to watch on Valentine’s Day, you can be sure these films will put you in the mood for romance.

All You Need to Know About Super Bowl LVI

The History of Christmas Trees