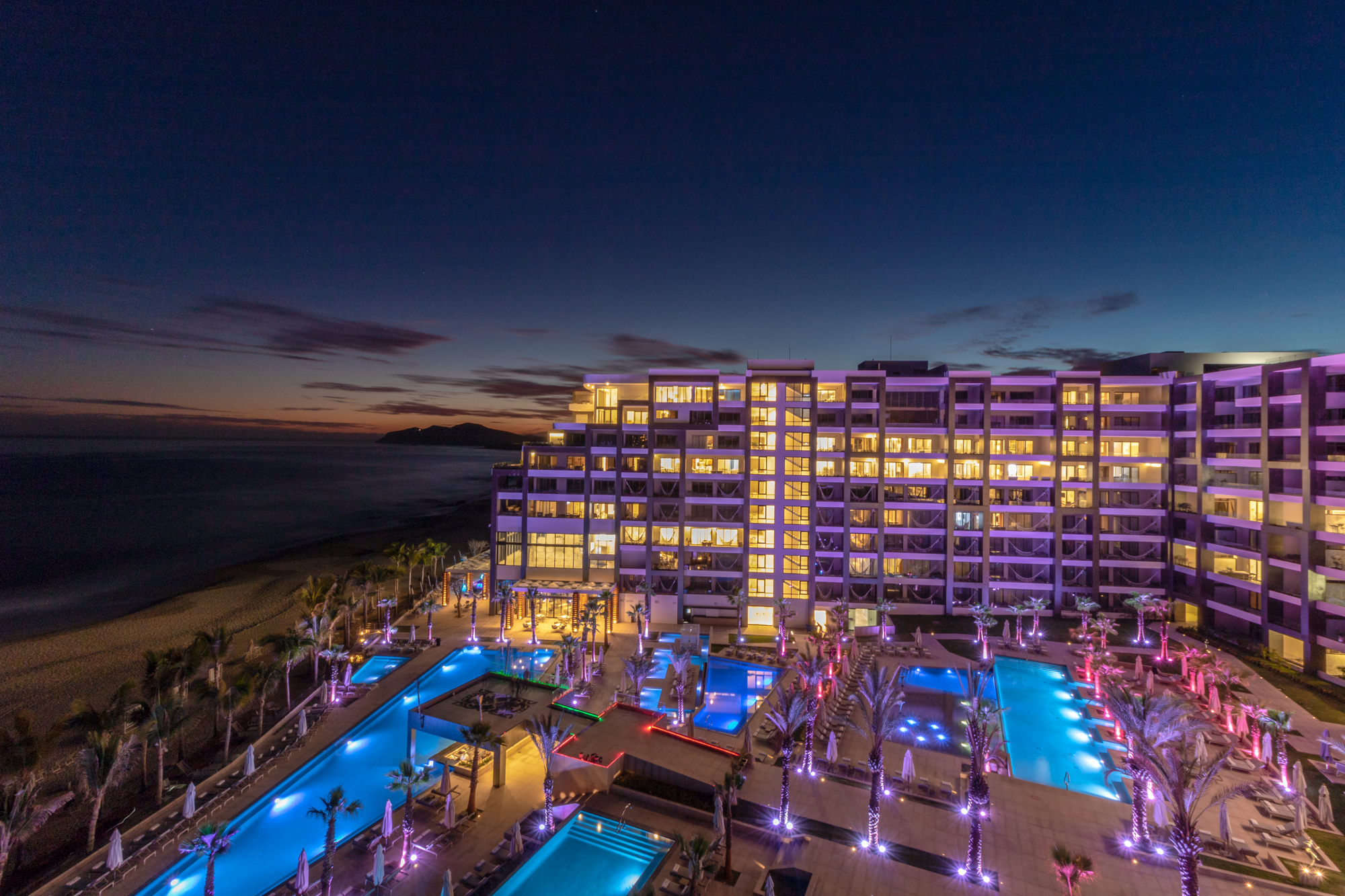 On January 12th, 2020, Garza Blanca Resort & Spa Los Cabos hosted a classy cocktail party to commemorate the resort’s first anniversary! The celebration took place at the pool stage at the resort and was attended by guests and staff, who all raised a glass and toasted to the hotel’s success. Those who attended were served palatable, dainty canapes and a variety of tasteful drinks such as cocktails and Mezcalitos. The atmosphere was jovial, with the achievements of Garza Blanca Resort & Spa Los Cabos being the topic of conversation during the evening.  All who attended had a wonderful time and it was a fantastic way to celebrate the hotel and say a big ‘thank you’ to all the staff who made the last year a success!

The manager of the Garza Blanca Resort & Spa Los Cabos project took to the stage to give his speech just as the golden sun began to set over the captivating Sea of Cortez. His speech was gratuitous and emotive, as he spoke of how thankful he was to all who made the dream a reality. He also spoke of how the aim of Garza Blanca Resort & Spa Los Cabos is to offer guests luxury hospitality, to redefine the way that they vacation and to offer unique experiences.

The attending guests were treated to a variety of delicious canapes, wholesome sandwiches, and even a scrumptious birthday cake! All of the food was tailored and prepared by chefs who work at the various Garza Blanca restaurants. Out of all of the food, however, it was the canapes that stole the show and guests were left wanting more. The canapes were inspired by authentic Mexican cuisine, such as Ceviche and Motete, but they all had a contemporary twist with flamboyant flavor and were served impressively decorated. The canapes of the night were: Ceviche Yucateco, Empanada de Hongos, Tostada de Tinga, and Mini Motete. In addition to the tasteful food, the guests also got to savor a variety of Mexican style drinks, such as Mezcalitos, Jamaica Martinis and Carajillos.

Would it be a Mexican cocktail party without a Mariachi band performing? As the night sky wrapped itself around the desert mountains and the Margaritas were flowing, the Mariachi band performed and entertained. Mariachi music dates back to the 18th century and the songs celebrate the joys, the triumphs, the struggles and the pride of the Mexican people. A traditional Mariachi band comprises at least two violins, a vihuela, a guitarrón, and a guitar. The band members wear large sombreros and a special traditional outfit. As the band started performing its folkloric songs, everyone delighted in the popular songs, such as The Half Turn and The King.

There is so much about Garza Blanca Resort & Spa Los Cabos to be celebrated! The design of the hotel complements the beauty of Los Cabos by interpreting its surrounding colors and landscape. The family-friendly hotel sits like a gem along the oceanfront, located between Los Cabos and San Jose del Cabo. The hotel is a vibrant oasis where guests can expect to receive marvelous service and experience redefined luxury. The chic suites were designed with a minimalistic approach in mind but burst with personality, the latest trends, and vision.

Garza Blanca Los Cabos has five signature restaurants that all offer different cuisines and divine gastronomic experiences. The cuisine ranges from contemporary Japanese food at Hiroshi to the finest cuts of meat at BocaDos STK. The hotel has not one – but eight! – swimming pools and an infinity pool that offers breathtaking and undisturbed views of the Sea of Cortez. There is a weekly hotel schedule that offers a variety of different activities for all ages, with activities ranging from Tequila tasting to a children’s pastry class. The hotel is also home to Spa Imagine, an exquisite, luxurious spa located on the top floor of Garza Blanca. The spa offers a number of bespoke treatments in a glamorous, relaxing setting and also has a full hydrotherapy circuit.

Over the past year, hundreds of guests have stayed at Garza Blanca and had an unforgettable, pleasurable experience. From honeymooners thriving in the euphoria of being newlywed to families enjoying precious time together and making unforgettable memories to solo travelers relaxing and reenergizing. The hotel has been nirvana for so many guests and it only aims to continue improving and providing first-rate service.

For more information on Garza Blanca Resort & Spa Los Cabos, or to make a reservation, please call 1-877-208-0689 or visit www.garzablancaresort.com.