How Safe is Los Cabos During Hurricane Season? 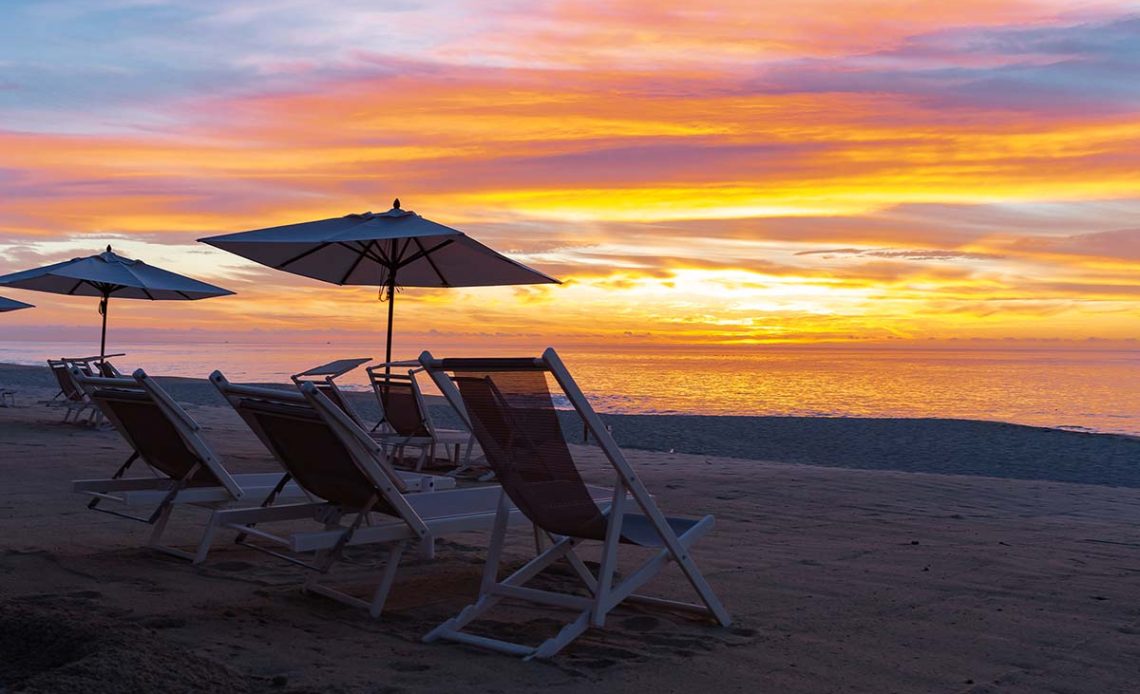 As some of the most powerful phenomenons that occur within nature, hurricanes and tropical storms should be heeded with caution.  If you are planning on taking a vacation in Mexico, though, do not let hurricane season scare you away from an escape to paradise! Los Cabos is one of the most sought-after destinations in the entire country, thanks in large part to its warm, sunny climate, and is fortunate to rarely be affected by hurricanes.

Even during hurricane season, the region is blessed with delightful weather most of the time, with the majority of the annual rainfall taking place in September.  With major hurricanes seldom hitting land on the Baja Peninsula, a vacation in Los Cabos is totally within reach.

When is Hurricane Season?

Although it officially spans between the months of June and November, hurricane season in Los Cabos is most active from August through October. If it appears as though any hurricane activity will be approaching the region during your vacation, be sure to comply with what local officials are asking, which could include evacuating to areas with higher elevations. As you plan your getaway in Los Cabos during hurricane season, you may want to consider purchasing trip insurance so that you are protected should your travel plans be interrupted by storms in the region. Hurricane season does see some rain, but mostly in the form of passing showers, so that you can continue having a blast rather than waiting out a rainstorm.

Why Take a Vacation During Hurricane Season?

Los Cabos offers a gorgeous natural setting including miles of stunning beaches, making it one of the most sought-after destinations in the country. This means that during peak travel times, there are typically a lot of visitors in town. One of the perks of traveling during hurricane season is that occupancy rates at hotels are lower than the high season, allowing for a mellow getaway where you can bask in the blissfully calm atmosphere. Another benefit of booking a vacation during hurricane season is that there are often travel deals to take advantage of, from discounts to room upgrades.

Today’s meteorologists have the ability to predict and track storms more accurately thanks to the advanced technology now available to them. This greatly benefits locals and tourists alike, who have plenty of warning long before a storm could possibly affect the area. While Los Cabos has managed to stay safe from most hurricane activity, it is still extremely important to follow all instructions from officials that are put into motion to ensure everyone’s safety. In order to keep residents and visitors away from harm, mandatory evacuations are sometimes ordered. As tropical storms and hurricanes move closer to land, they can be accompanied by heavy bouts of rain and high winds, which can lead to flooding. However, when the proper precautions are taken in these situations, they become much less of a threat to safety.

So far this season, there have been 14 tropical storms and hurricanes in the Pacific, none of which have adversely affected Los Cabos.

Even though Los Cabos has been fortunate not to experience a hurricane this season, hotels in the area are still well versed in hurricane preparedness and have contingency plans in place should a hurricane hit the region.

Garza Blanca Resort & Spa Los Cabos is one of the best hotels in the area and they have a clear understanding of what their responsibilities are in the event of a hurricane or other emergency, from the first warning all the way through to evacuation, should that be necessary. The hotel was designed to be able to withstand hurricanes, so while they do have a guest evacuation plan, the likelihood of that occurring is very small. They have a team of staff trained in emergency operations and a checklist that includes removing and storing outside equipment and furniture (including beach lounge chairs and umbrellas), preparing windows, placing wall coverings at sliding door entrances, securing rooms and facilities, removing hammocks and terrace furniture on guest balconies, and closing restaurants and delivering food to guests via room service.

We hope that this article has helped to reassure you that if you are considering a visit to Los Cabos, don’t let hurricane season get in the way of a much-needed vacation. While there will be rainy days, there will also be sunny days, and lavish five-star accommodation and attentive service is waiting for you in paradise.

The Best Suite in Cabo for Big Groups