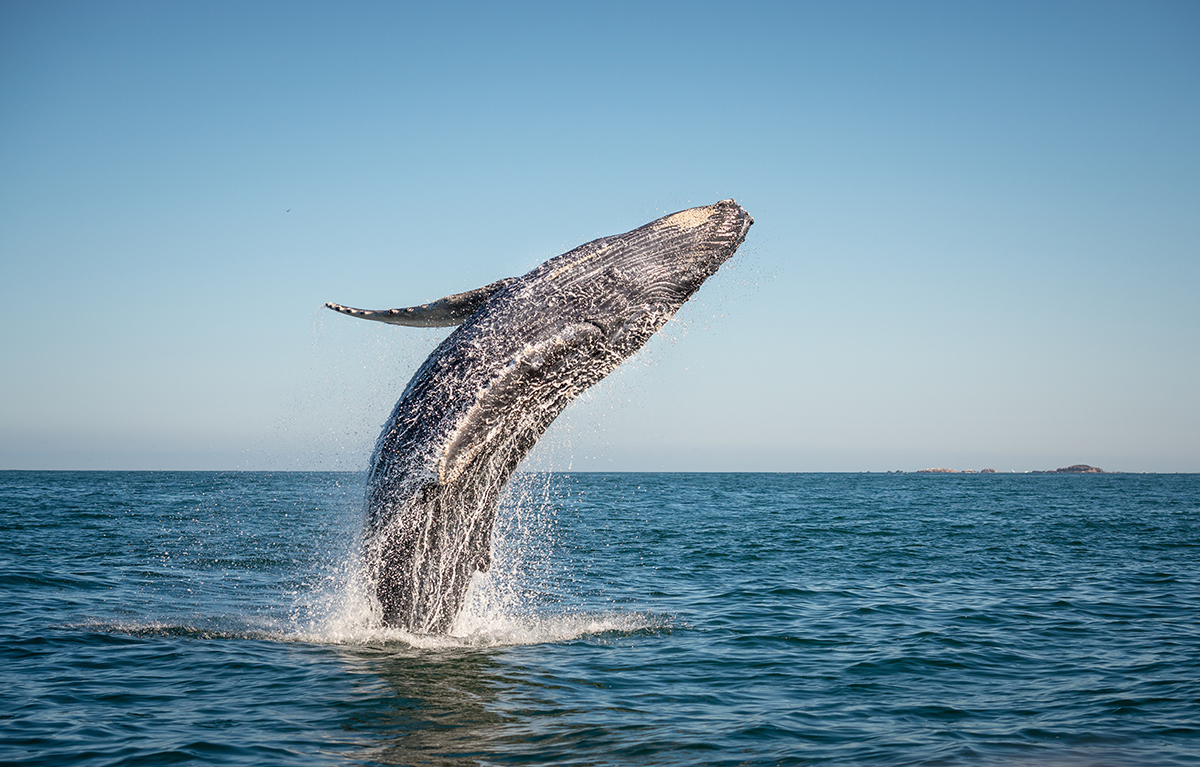 Imagine the skillful dance of whales as they jump through the air, slap the water with their tails and suddenly emerge from the sea as they breach right before your eyes.  The magical experience of witnessing whales up close in their natural habitat is something so indescribable that you simply must see it for yourself! Officially kicking off each year on December 15th, whale watching season brings an excitement to Los Cabos like nothing else.  The calm, warm waters off of the Baja peninsula become a seasonal haven for several whale species, making the area one of the best in the world to observe these gentle giants.

Large numbers of magnificent humpback whales make their long, arduous journey all the way from the frigid waters found in the Arctic to the warm, peaceful waters around Los Cabos with their numbers growing every day until reaching a peak at the end of December, although they first begin to appear around mid November.  Noble gray whales begin to migrate into the area around the later part of December. In addition, blue whales, Bryde’s whales, sperm whales and more can be seen as they enjoy the warm, relaxing atmosphere created in the waters off of the Baja peninsula.

Why is Cabo Perfect for Whales

Due to the shallow depths, mild climate, just the right salinity and an abundance of sea life in the area, Los Cabos makes an ideal place for whales to give birth to and raise their young.  Most migrating whales being their journey northward towards cooler waters around late March. This incredible six month round-trip voyage is so extensive, in fact, that it is the longest journey made by any animal found throughout the world!

When you visit Los Cabos during whale watching season, you will find plenty of opportunities to observe these splendid creatures in their natural habitat.  There are several local tour companies that offer unforgettable encounters with whales that will make your vacation so special that you may not want to leave!  And that’s not all: once you are out on the water, you can expect to see much more than just whales. While they are the stars of the show, the waters around Los Cabos are filled with plentiful marine wildlife including several species of dolphin, sea lions, sea turtles and birds galore so your experience out on the water will likely be well-rounded.

Make your vacation to Los Cabos one that you will never forget with a thrilling whale watching excursion!

Best Places in Mexico to go Kayaking with Kids