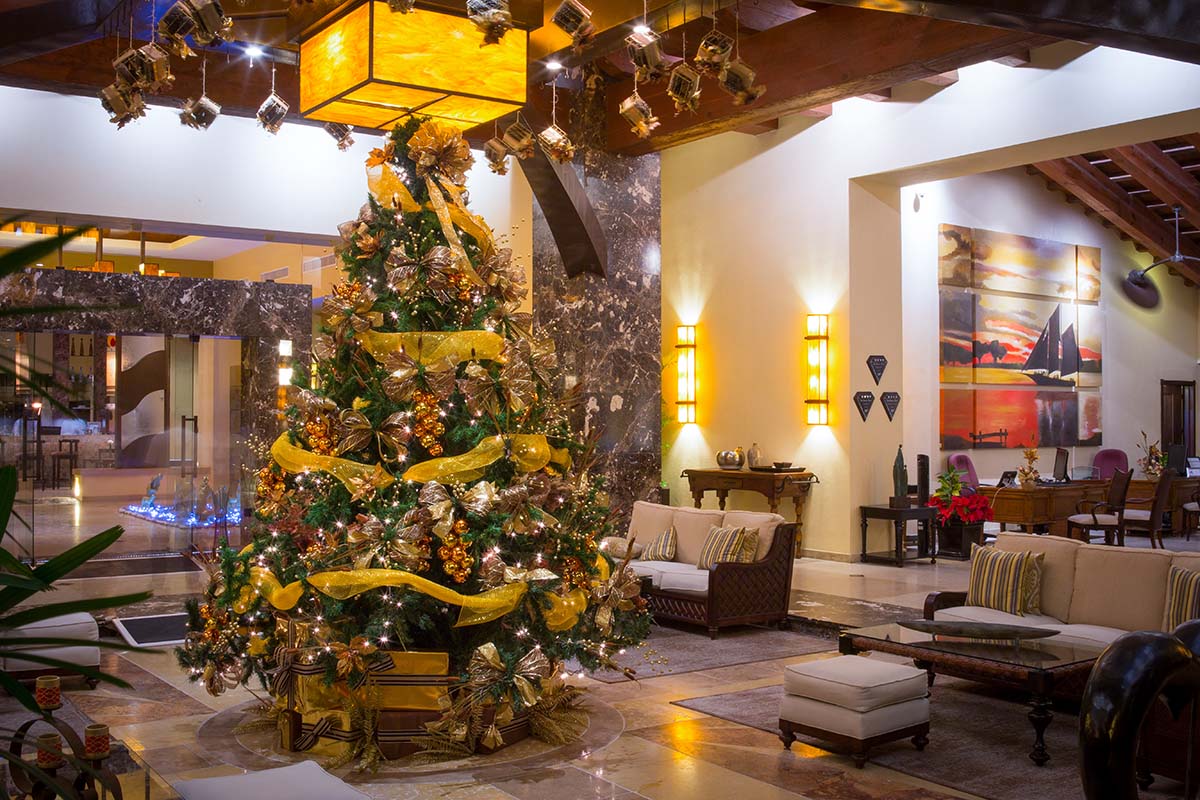 Spending the holidays in Mexico is a fascinating experience full of posadas and Mexican Christmas traditions and something that everyone should do at least once in their life. You could say that the official Christmas season starts with the Festival of the Virgin of Guadalupe on December 12 and continues until Epiphany or Three Kings Day (Día de los Tres Reyes Magos) on January 6, although in destinations such as Puerto Vallarta, parades and festivities begin like clockwork on December 1st in preparation for the Virgin of Guadalupe Day. Mexicans affectionately call this period Guadalupe-Reyes, a marathon of celebrations. You could even go so far as to say that the holiday season in Mexico does not officially end until Candlemas on February 2, when many people will finally take down their Christmas decorations.

Although each region in Mexico will have its own specific and intriguing Christmas traditions, below are just some of the wonderful events and sights you will experience when you visit Mexico for the holiday season.

The nine posadas of Advent are a wonderfully popular Christmas tradition in Mexico and are in part to blame for Guadalupe-Reyes’ fame for being a party marathon. Posadas are Christmas social gatherings with a difference that traditionally take place each night from December 16 through December 24. In places of employment they are the equivalent to the work Christmas party, but in Mexican homes, posadas embody all the warmth and tradition for which Mexico is famed.

The Biblical significance of the Mexican posada is the arrival of the expectant Mary with her husband Joseph to Bethlehem. In the Bible story, the couple were not able to find a room in any of the inns and so the third innkeeper they tried offered his stable where Baby Jesus was eventually born. All the posada guests will reenact this event in a procession splitting into two groups, one group that remains outside, asking for posada (shelter) while the other group stays inside like the innkeepers. There is a reciprocal song that is sung back and forth until the pilgrims are eventually allowed to enter.

Posadas guests are then treated to a meal of tamales (steamed mashed maize with meat or vegetables wrapped in husks) and other traditional food like buñuelos (fried dough dipped in cinnamon), and atole (a hot corn based drink in different flavors such as chocolate and vanilla). Most guests will be offered some ponche, which is like a mixture between fruit punch and mulled wine. And finally, a posada is not complete without breaking a piñata!

Although nativity scenes are not exclusive to Mexican Christmas traditions, you probably have not seen so many on public display. You won’t be able to enter a shopping mall, corner store, plaza, or hotel lobby without catching sight of a nativity scene. You will notice that in most Nativity scenes, the manger or crib is empty, awaiting the arrival of the Baby Jesus (El Niño Dios) on December 24th when in some parts of Mexico children will receive their gifts. Traditionally in Mexico, rather than Santa Claus, El Niño Dios brings some gifts on Christmas Eve, while the Three Kings bring even more on January 6.

Most Mexican families will celebrate their main Christmas meal on Christmas Eve around midnight, or after a late mass for religious followers. This day will also see the last of the Posadas and the time when the Baby Jesus will be placed in the Nativity Scene cradle. It is customary to eat a cod dish, although ham and turkey are also popular. Christmas Day is then more low-key, eating the leftovers and relaxing.

Finally, the last of the Christmas celebrations falls on January 6 to mark the arrival of the Three Kings or Los Reyes Magos who arrived to witness the birth of Jesus. For many Mexican children, this is the day when they will receive more gifts, symbolizing the gold, frankincense and myrrh offered to Jesus according to the Bible story. To celebrate this event, there is another party, this time with a garland type cake called the rosca. Hidden within the dough, will be one or more plastic figurines of the Baby Jesus. Each guest has to cut a slice of the cake and if they find the baby, they are responsible for throwing yet another party on February 2 to mark Candlemas, inviting everyone that is present!

One thing is for certain if you are planning on visiting Mexico during the Holidays, there will be plenty of excuses to celebrate, regardless of your religion.

Is it Safe To Travel To Mexico Right Now?