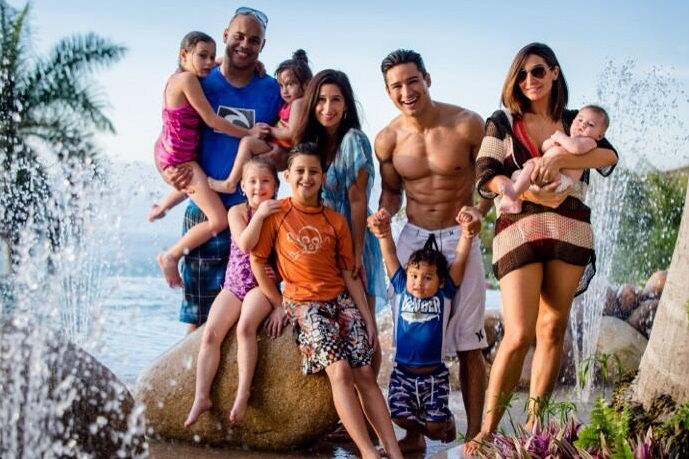 Mario Lopez and his charming family spent the Holidays 2013 at Garza Blanca Preserve Resort & Spa where the Extra co-host and broadway star was welcomed in style. Lopez and his wife Courtney Mazza returned to Mexico where they were married in 2012.

The vacation in Puerto Vallarta marked the celebrity heartthrob’s first wedding anniversary with Mazza and the first Christmas for Dominic, their recently born son. Gia, the celebrity couple’s 3 year old daughter was also with them, as well as Lopez’s sister and her family.

The extended family enjoyed a warm winter vacation, spending a week at Garza Blanca Preserve Resort & Spa, taking time to relax by the infinity pool and at the beach where they enjoyed water sports such as kayaking and stand up paddle boarding. A special dinner was also prepared for them on the beach.