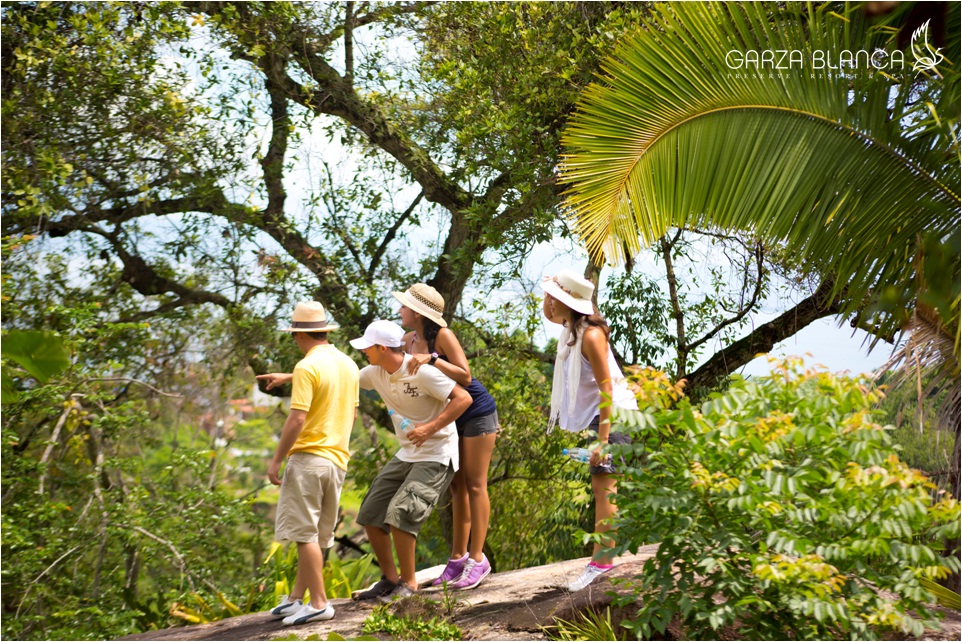 The stunning jungle scenery that surrounds Garza Blanca Preserve Resort & Spa makes for a truly idyllic setting for a birdwatching tour. Taking you on a wonderful gentle expedition of the area’s tropical landscape, the activity is not limited to expert bird fanatics but is also aimed at anyone, young or old, with an interest in wildlife and nature’s splendor.

The breathtaking birdwatching tour begins on Garza Blanca’s beach, from where you will be joined by an expert guide who will escort you into the mountain in search of different bird species. In the tranquil tropical jungle surroundings, you will be taught to distinguish a variety of birds by their songs and sounds, being able to discern the calls of various birds, including macaws and jays. Your guide will indicate the distinct fruits and berries which the birds eat and identify any nests that may be visible.

Each guest is given a brochure with pictures of the typical birds to be found in the Banderas Bay area and you will be issued with binoculars so that you can begin to distinguish the birds you see in the trees to match them with the brochure.

It really is a most tranquil and educational activity which is as much about enjoying the natural beauty of Garza Blanca’s surroundings as it is a serious birdwatching excursion.

While it is not easy to predict exactly what birds you will see on your tour, the area is famed for its varieties of hummingbirds, macaws, woodpeckers and of course, white herons (Garzas Blancas)!

The art of birdwatching, or birding as it is commonly called, can be enjoyed at Garza Blanca Preserve Resort & Spa Wednesdays, Thursdays and Fridays. You are never too young or too old to learn about something new.

The Best Attractions in Cancun to visit

New Flights from New York to Puerto Vallarta in 2022