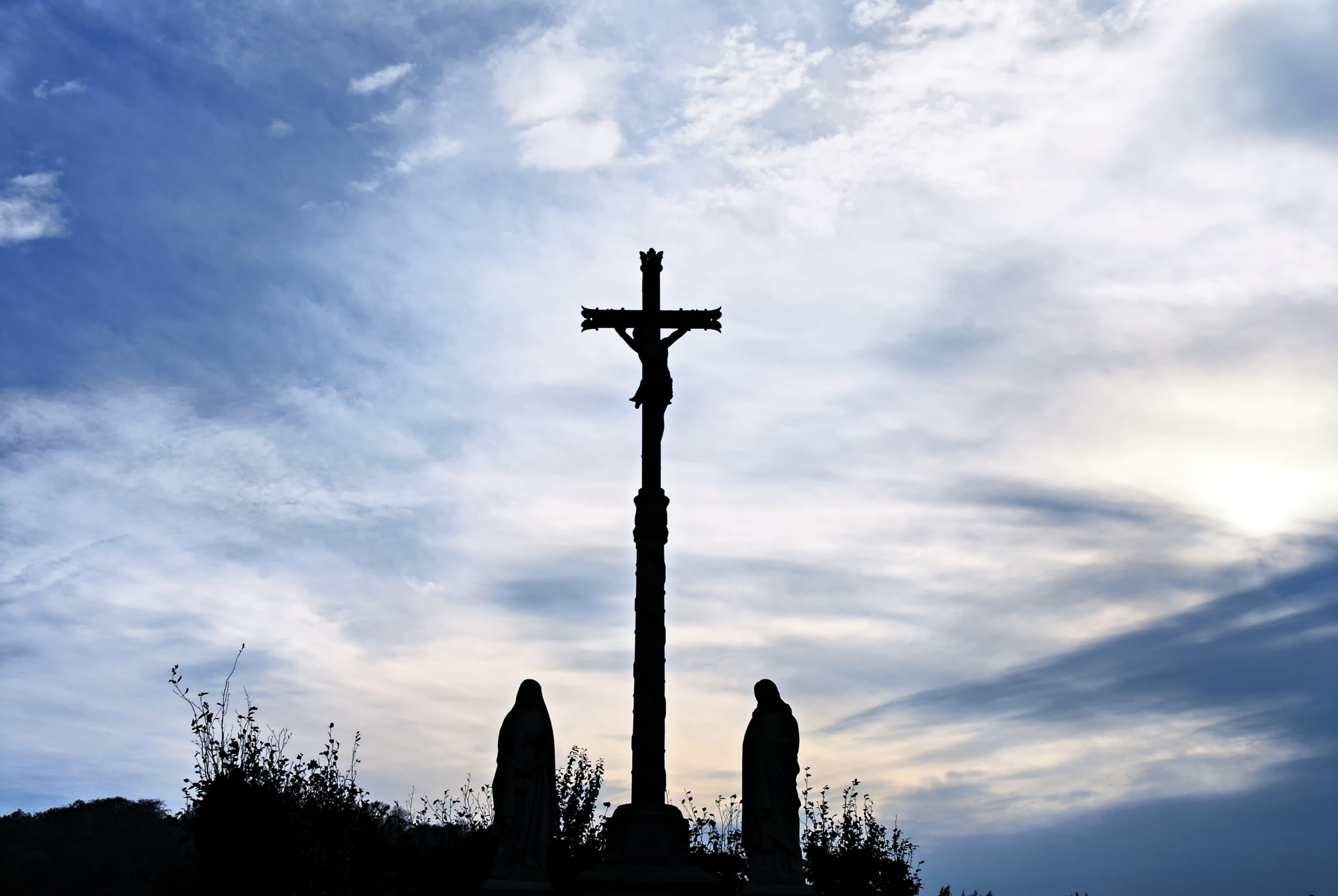 Easter is just around the corner and it is one of the most important holidays in Mexico, next to Christmas. Typically, it is a popular time for local Mexicans to vacation with their families as it falls around the same time as spring break.

Easter Sunday falls on April 17 in 2022, and celebrating Easter in Mexico is a time of religious observance, since it is a heavily Catholic country. Mexicans celebrate a number of traditions during this time.

Easter in Mexico is celebrated over the course of two weeks. The first week (the week before Easter) is called Semana Santa or Holy Week. The second week (the week after Easter) is called Semana de Pascua. Religious rituals start during Semana Santa, and the ceremonies observed follow the biblical progression of events leading up to the crucifixion and resurrection of Jesus Christ.

Palm Sunday is the beginning of the Easter celebrations. This day commemorates the biblical story of Jesus’ triumphal entry into Jerusalem riding a donkey, when the crowd laid their garments and palm fronds on the street in his path to honor him. In Mexico, Palm Sunday is known as Domingo de Ramos.

In Puerto Vallarta and other cities throughout Mexico, churches are decorated with palm fronds, and parishioners receive a blessing of palms from the priest in the church. Some churches give out pieces of palm to each member of the congregation for blessing and some parishioners bring their own pieces of palm or small crosses or figurines made of palm to be blessed.

Vendors gather outside of the churches to sell intricately woven palm-frond designs, crucifixes, and other items made from fresh palm. Parishioners buy these items and traditionally gather at the front of the local church to have these items blessed before the Palm Sunday Mass. Afterwards, parishioners place the blessed palms over the doorway of their houses, or bring to friends and relatives who are unable to attend mass. Many Mexican Catholics believe that placing the palm over the entrance to their home will prevent evil from entering.

Palms are also kept in many churches to be burned the following year during Ash Wednesday services, and the ashes are used to draw the traditional cross on the forehead of parishioners.

Monday, Tuesday and Wednesday during Holy Week are pretty quiet, but depending on where you are, you might find some events happening at the church. According to the traditional timeline, Holy Monday (Lunes Santo) is the day that Jesus went to the temple and found it filled with vendors. He chased the vendors away, remarking that the temple is a sacred place that must be respected. Holy Tuesday (Martes Santo) is the day that Jesus announced his impending death to his disciples.

According to tradition, on this day, Mexican Catholics remember Judas’ betrayal of Jesus. Although it is not very common, some churches hold a late-afternoon mass in which the disciples’ abandonment of Jesus is reenacted. In this dramatic ceremony, a candelabra with 15 candles is lit, and one by one the candles are extinguished as the psalms are sung. In the end only the center candle remains, representing Jesus. This ceremony is called Vespers of Darkness or los matines de la tinieblas. If you can find this ceremony at a local church, it is worth attending, because this is a rather rare and beautiful ceremony that you can find only in certain parts of Mexico.

Holy Thursday is one of the most important days in Holy Week. This day commemorates the Last Supper and Jesus’ institution of the eucharist (holy communion) and the holy order of the priesthood. In Mexico it is traditional to attend mass to celebrate the supper of the Lord and then visit 7 other churches in your town. Many of the churches will hand out bread to visitors on this day, as a way of celebrating the Last Supper.

Most cities and towns in Mexico have processions reenacting the crucifixion of Jesus Christ on Good Friday. In many cities, the full Passion Play is enacted, including scenes portraying the entrance of Jesus into Jerusalem, the Last Supper, the Betrayal, the Judgment, the Procession of the 12 Stations of the Cross, the Crucifixion, and the Resurrection. You can see these processions heading towards the churches. The productions might be larger or smaller, depending on the city. In larger cities, hundreds of people participate in elaborate productions, some of which are televised. The largest production takes place near Mexico City, and you can watch it on TV all day long. To be a part of these productions is a great honor and the actors are known for delivering inspiring and moving performances. For example, the actor playing Jesus Christ often wears a real crown of thorns and carries a massive cross weighing hundreds of pounds over great distances to the scene of crucifixion. Actors prepare both physically and mentally for these roles for months before the production.

In some of the more devout regions of Mexico, some men and women show their faith by flagellating themselves or carrying large religious objects on their backs. This is an ancient tradition that dates back to the middle ages and was introduced to Mexico by the Spanish more than 500 years ago.

Some parts of Mexico have a Procession of Silence. The largest one is in the city of San Luis Potosi. This particular procession is notable because participants wear hoods of anonymity, walk barefoot, and carry crosses, chains or other symbols of the crucifixion.

Inside of the church, it’s a rather solemn day, with the altar stripped of flowers and the Virgin Mary dressed in black, in mourning. The crucifix is covered with red or purple. There is no mass, only a service where the Passion of the Lord is read, parishioners receive communion, venerate the cross by touching it, and then have silent meditation.

Holy Saturday is the day between Jesus’ death and resurrection, the waiting time. In many cities, a holy Easter Vigil is practiced in the evening, often beginning at 8:00 pm or later. During this vigil, a new fire is started and then candles are lit, starting with the Cirio Pascual (Easter candle), which then lights all other candles. The church is in darkness until the coming of this new light, which represents the resurrection of Jesus Christ.

In some places in central and southern Mexico, the vigil is followed by the Burning of Judas, where effigies of Judas, the devil and sometimes political figures are burned or blown up with fireworks to symbolize the triumph of good over evil and provide a lighthearted end to a solemn day.

Easter Sunday (Domingo de Pascua) is celebrated with mass at the local church. Churches will be filled to capacity with parishioners in a good mood celebrating the rise of Christ. Church bells will ring and the plazas around the churches after mass will be crowded with churchgoers as well as street vendors selling food, toys, balloons and more. It is an exuberant day; Christ is risen!

Pascua is a celebration of the resurrection of Jesus Christ. Pascua is the period of 50 days beginning on Easter Sunday from the resurrection until Jesus ascended to heaven. During this time, Jesus stayed among his disciples and performed miracles.

In Mexico, the word Pascua also refers to the second week of the Easter celebrations and vacation, beginning on Easter Sunday and ending the following Saturday.

Aside from the religious significance, many families throughout Mexico have days off during Semana Santa and Pascua. Most of the schools are out for one or both of these weeks, and many businesses are closed.

Families flock to the beaches of Puerto Vallarta, Cancun and Los Cabos for vacation. In Puerto Vallarta, popular beaches such as Los Muertos Beach will be crowded with families who often bring their own colorful beach umbrellas and have a picnic on the sand.

Many vacation destinations in Mexico will also have lots of non-religious events going on in town during Semana Santa and Pascua. You can often find soccer and volleyball tournaments, car shows, concerts, fashion shows, art shows, and more.

Some hotels in Puerto Vallarta have adopted American and Canadian traditions such as the Easter Bunny and Easter egg hunts, but these things are not very common in most of Mexico, as the holiday is more about the last days of Christ.

Easter is a really wonderful time of year to visit Mexico. If you would like to experience one of the most important Mexican Catholic rituals, we hope you can plan a visit to Mexico in 2022 and experience the traditions of Holy Week. Wherever you are, we wish you a safe and healthy Easter holiday!