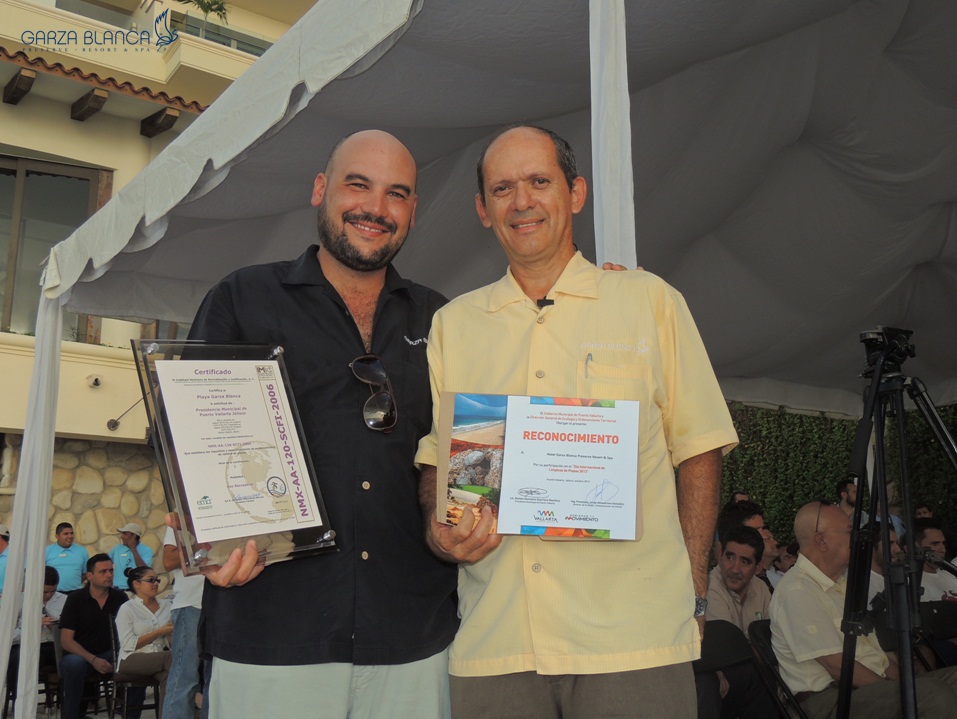 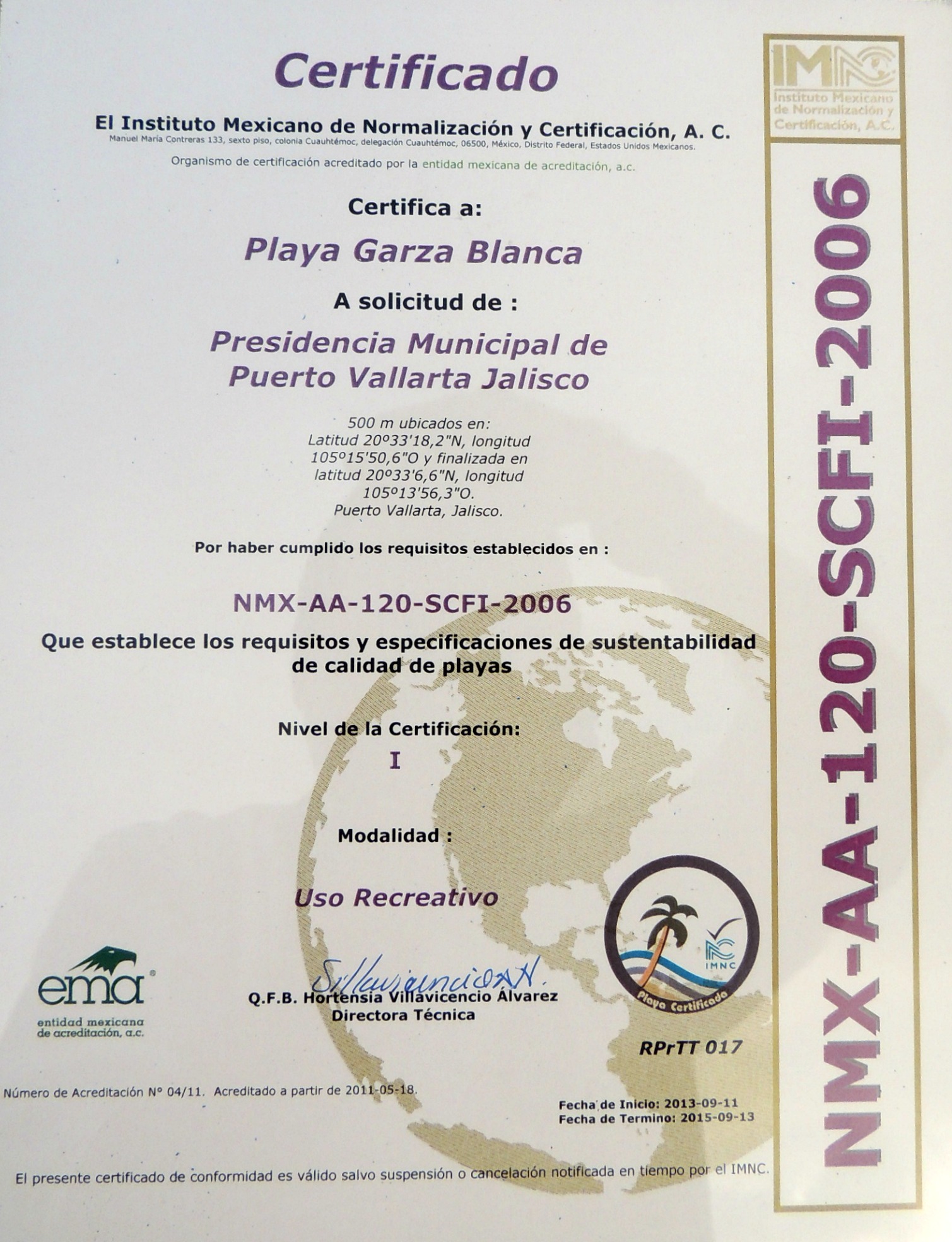 On Wednesday October 9, 2013, proud representatives from Garza Blanca Preserve Resort & Spa received official recognition for its much loved beach from the Mexican Institute of Standardization and Certification (IMNC). IMNC carried out a classification of all of the beaches on the coast of Banderas Bay, and on this occasion awarded only 4 beaches in the Puerto Vallarta area with the prestigious and much sought-after certification. Garza Blanca Preserve was in fact awarded with two certificates, one for the quality of its beach and the other for the resort’s active participation in maintaining the beach clean.

The distinguished certificates were presented to Mr. Javier García, Signature Residences Sales Director and Ing. Javier Contreras, Maintenance Manager respectively, in an event hosted on the hotel premises in the presence of the Mayor of Puerto Vallarta, Ramón Guerrero Martínez and a number of other distinguished dignitaries, including Luis Fernando González Guevara, Environment and Ecology Minister for Puerto Vallarta, José Ludwig Estrada Virgen, Minister for Tourism, and Elizabeth Schulz Zapata, Commercial Manager for IMNC, amongst others.

The first certification was presented to Mr. Javier Garcia for the quality and cleanliness of Garza Blanca Beach. The honored certification guarantees that the beach complies with the specifications set out in the standard: NMX-AA-120-SCFI-2006 which aims to promote the protection and conservation of the natural environment, promoting the quality, safety and cleanliness of Mexico’s beaches. Beaches certified by IMNC are visited periodically every month by an accredited team of third party experts who evaluate the cleanliness and quality of the beaches according to the law.

Beaches that receive the coveted certification also have to conform to the following criteria:
● No fishing allowed
● All vegetation must be native to the region
● Water samples must be taken to record bacteria levels, the results of which must be put on display on the beach.

The resort also received an additional award for its active role in ensuring the cleanliness of Garza Blanca Beach. The resort invited a biologist to train its staff in August 2013, and staff carried out an extensive clean up operation to ensure there was no class, garbage, polystyrene, hair, excrement, cigarette butts etc. The result being well worth the effort.

At Garza Blanca Preserve, its stunning white sandy beach is the jewel in the crowd of this resort & Spa; and as the popular proverb goes, cleanliness is next to Godliness. 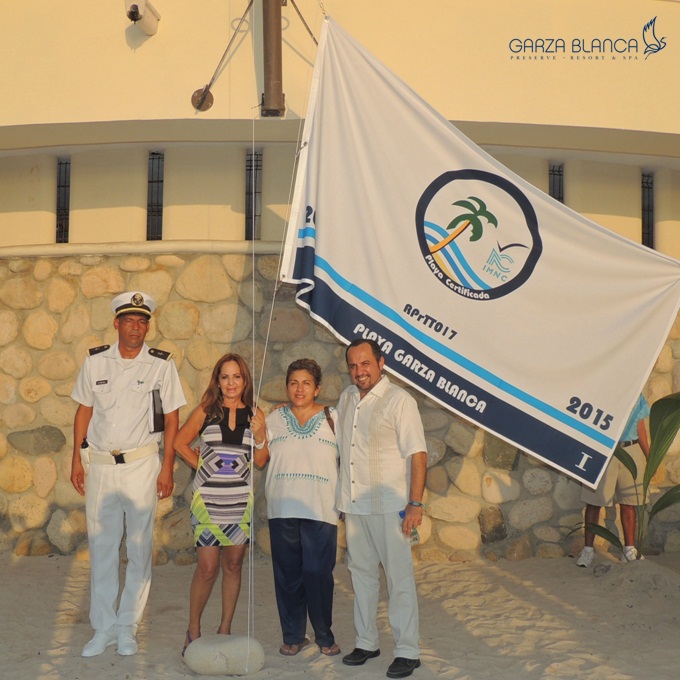 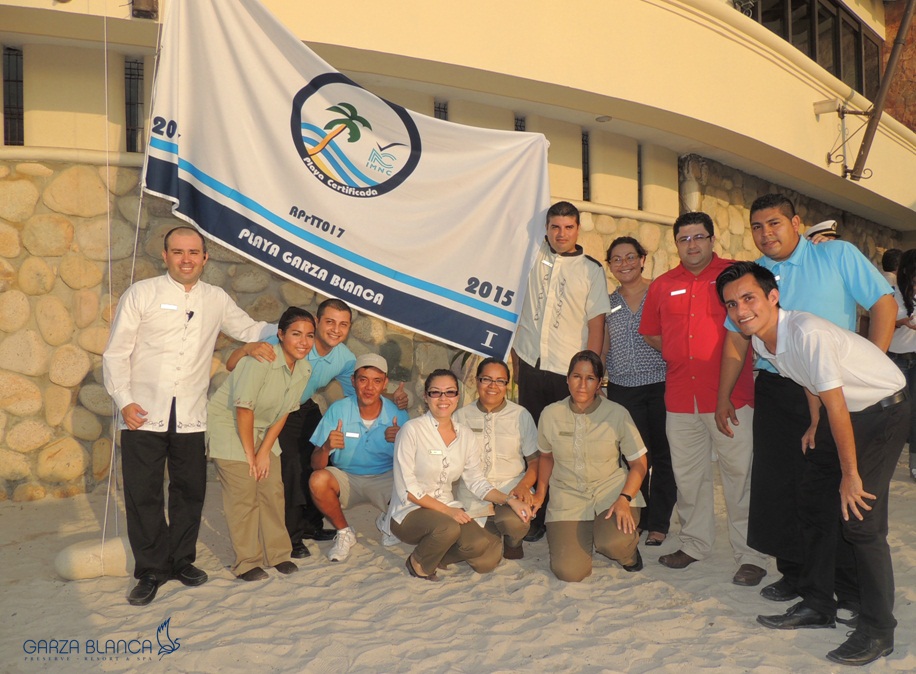