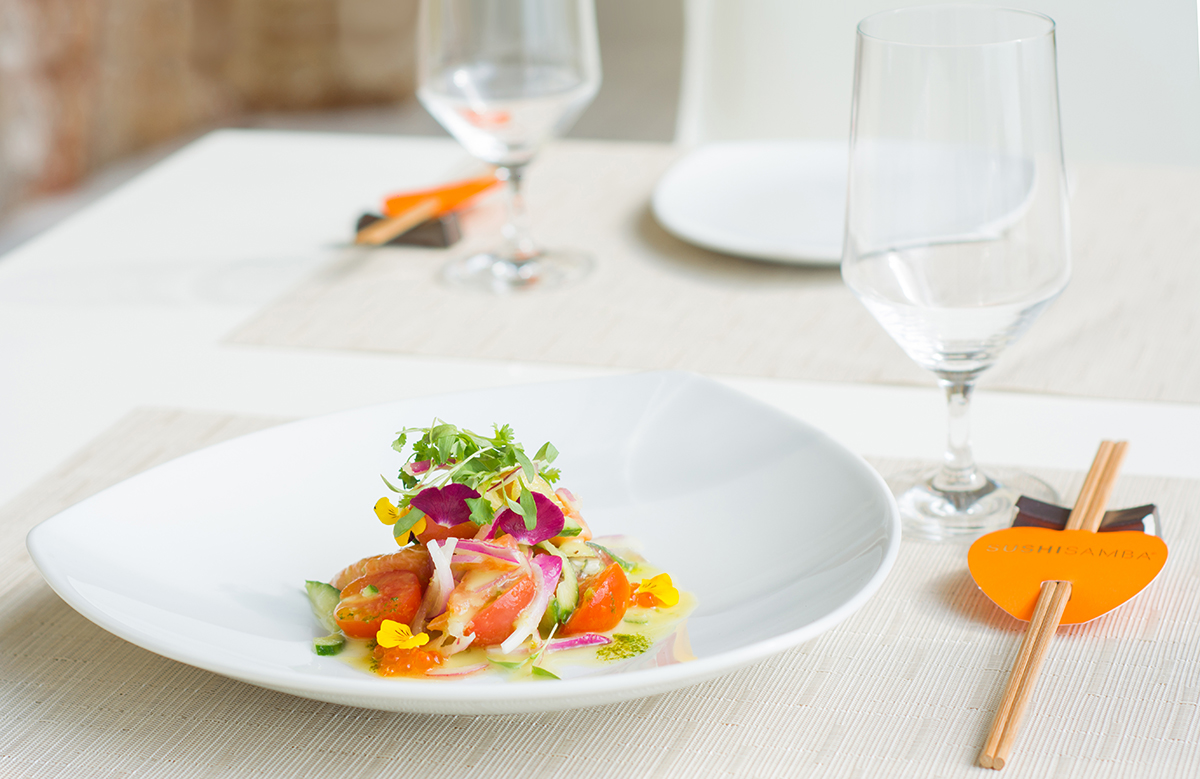 Week three of Omakase, a chef’s table experience at Hiroshi restaurant located at Hotel Mousai on the Garza Blanca Preserve in Puerto Vallarta gets underway.

Tuesday June 21st, 2016, Puerto Vallarta. Hiroshi restaurant at Hotel Mousai on the Garza Blanca Preserve continues to delight hotel guests and local residents with its Omakase Japanese culinary event that continues throughout the month of June. Four young star chefs have been chosen to create multi-course tasting menus to be served at Hiroshi restaurant as well as a number of imaginative dishes to accompany Hiroshi’s mouthwatering regular menu. Diners have a choice between the full Omakase experience brought by these chefs or to sample dishes from the à la carte menu on Thursday, Friday and Saturday evenings until July 2nd.

“It was great to be here,” shared John Um who presented his menu last weekend at Hotel Mousai’s Hiroshi restaurant “to be able to experience outside my own kitchen and share with the chefs and cooks here. Also to be able to showcase our brand, SushiSamba, in Mexico. I think my menu was a really strong concept because we celebrated three cultures: Japanese, Brazilian and Peruvian. A lot of people experienced flavors and dishes they had never tried before in Japanese cuisine.” 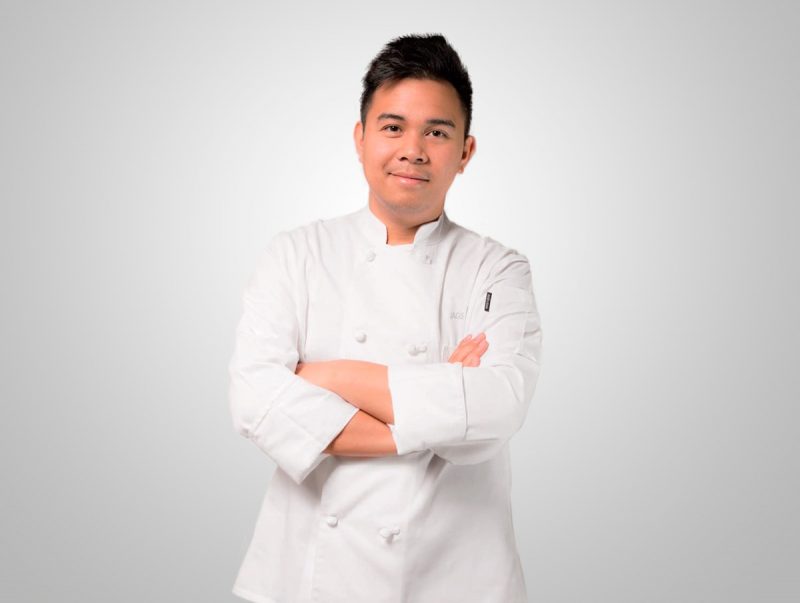 This weekend diners can taste the delicacies of Chef Jags Aldaba from Thursday 23rd to Saturday 25th at Hiroshi restaurant. Chef Aldaba visits the restaurant from Las Vegas where he is head sushi chef at barMASA, having trained closely with America’s first 3-star Michelin sushi chef, Masa Takayama. With a keen eye for detail, Chef Aldaba is known for creating culinary masterpieces that are not only pleasing to the palate, but visually stunning as well. 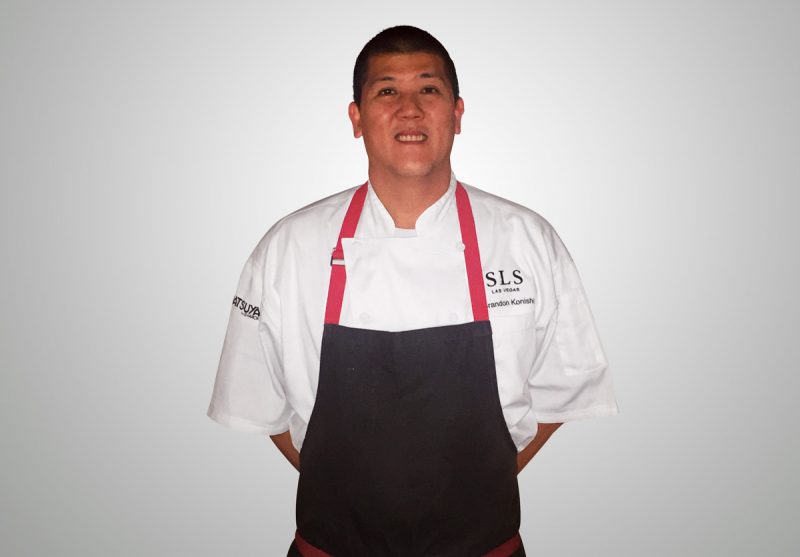 To close the prestigious Japanese culinary festival, the first of its kind for Puerto Vallarta, Hiroshi welcomes executive chef of Katsuya at SLS Las Vegas, Chef Brandon Konishi who is a creative pioneer in contemporary Japanese cuisine. With a long list of professional accomplishments such as “Leader of the Year SLS Hotels 2015,” “Las Vegas Aloha Shoyu Poke Champion,” and an invitation to cook at the Aspen Food & Wine Festival, chef Brandon Konishi is no stranger to the spotlight in the world of gastronomy.

There is still time to enjoy the culinary arts of some of the best sushi chefs in the world. Reservations can be made directly on the website: https://taste.taferresorts.com/chefs-table-experience-omakase-2016 or by calling 1 877 929 7977.

Hotel Mousai is a cutting-edge luxury beach resort in Puerto Vallarta, Mexico for guests aged 18+. The first and only AAA Five Diamond rated resort in Puerto Vallarta and the state of Jalisco, the hotel sits like the crown jewel at the heart of the Garza Blanca nature preserve. Featuring gourmet restaurants, infinity pools, and a collection of lavish suites and a penthouse in addition to the most dazzling and pampering spa in the area, Spa Imagine.

Located only 10 minutes from downtown Puerto Vallarta, Garza Blanca Preserve Resort & Spa can be found nestled at Km. 7.5 on highway 200 to Barra De Navidad from Puerto Vallarta, Mexico. It is a luxury resort and spa developed in conscious harmony with 85 acres of beachfront tropical jungle offering a range of elegant suites and luxury residences including penthouses. Ideal for families, couples, honeymooners, wedding parties and groups of friends looking for chic, sophisticated relaxation by the beach. www.garzablancaresort.com

TAFER is a forward thinking leisure and hospitality company with an ever-growing and evolving collection of award-winning hotels, resorts and boutique villas, including the distinctive Garza Blanca Preserve Resort & Spa and Hotel Mousai in Puerto Vallarta, Villa del Palmar Cancun Resort & Spa, Sierra Lago Resort & Spa and Sian Ka’an Village, with Garza Blanca and Hotel Mousai resorts soon to be launched in both the Riviera Maya and Los Cabos. Being too a principal owner of The Villagroup Resorts, which boasts nearly 30 years of success, TAFER’s mission is to continue to merge excellence, quality and creativity. Constantly seeking to reflect the artistry that lies at the heart of the leisure industry, the company encompasses all aspects of hospitality: hotel design and construction, resort management, timeshare and residence clubs, marketing and concept design as well as tour and travel agent services