Our Lady of Guadalupe Church in Downtown Puerto Vallarta 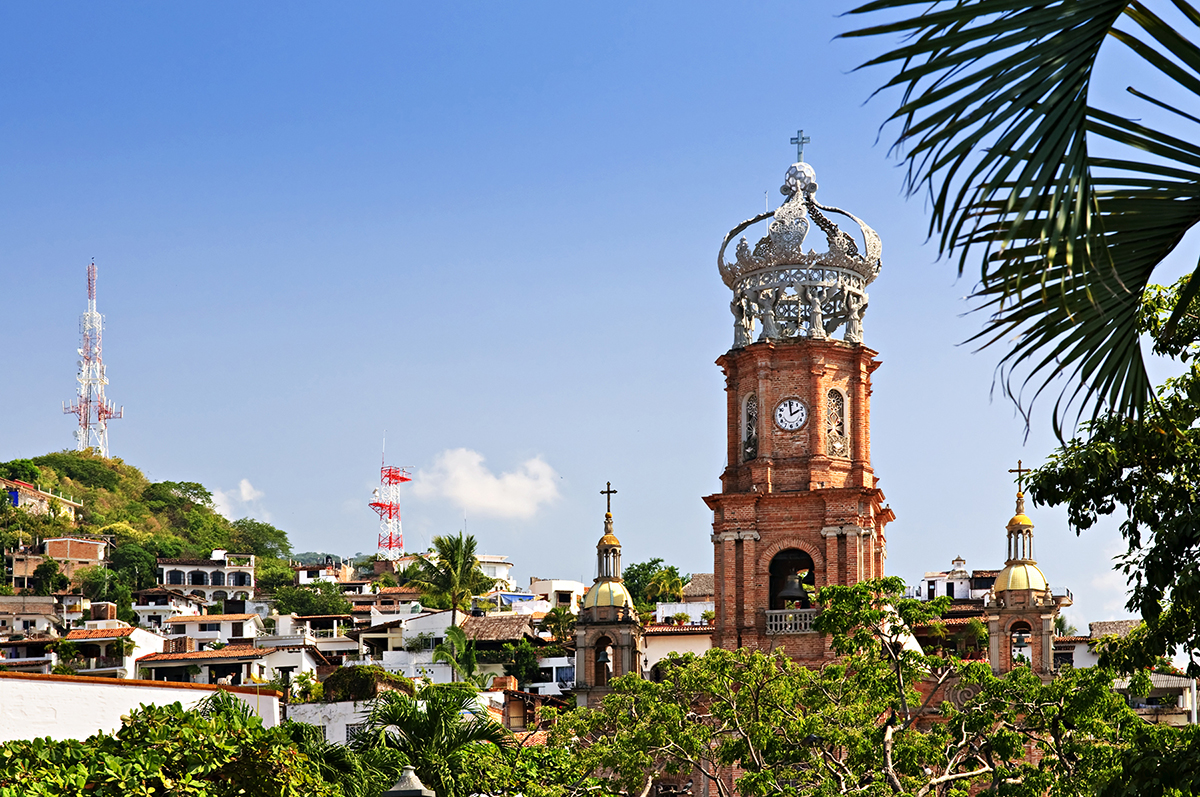 If you are visiting the popular tourist destination of Puerto Vallarta, Mexico, you will be enchanted by the stunning architecture, dramatic landscapes and delightful culture that exude from every part of this beautiful city. This glorious city is situated on the coast between Banderas Bay and the magnificent Sierra Madre Mountain Range, and has numerous excellent tourist locations to enjoy. One of the most popular and most loved in all of Puerto Vallarta, being visited by many admirers every day is the iconic Church of Our Lady of Guadalupe (Nuestra Señora de Guadalupe)

Church of Our Lady of Guadalupe

The church which dominates the skyline, soaring high above the other buildings is the sight to visit. Every year, thousands of tourists heading down the streets of downtown Puerto Vallarta to admire the rich culture of the magnificent city will stop at the church to take a photo memory of this iconic landmark. Visitors will pack the steps of the church, even if there is a service in progress to take in the heart-warming aura that permeates the air and to admire its magnificent architecture.

In 1903, when Puerto Vallarta was just an insignificant town on the map, work began on the construction of the Church of Our Lady of Guadalupe. Since then, like many other churches in Mexico, it has grown in size and splendour, and by 1917, the church included its existing foundation with the main pillars and walls in place. Over the following years, the church was developed even further with the main bell being added and more space made around the working chapel. Each phase of work added a new concept in style and architecture and has culminated in the diverse structure that is now admired by so many. 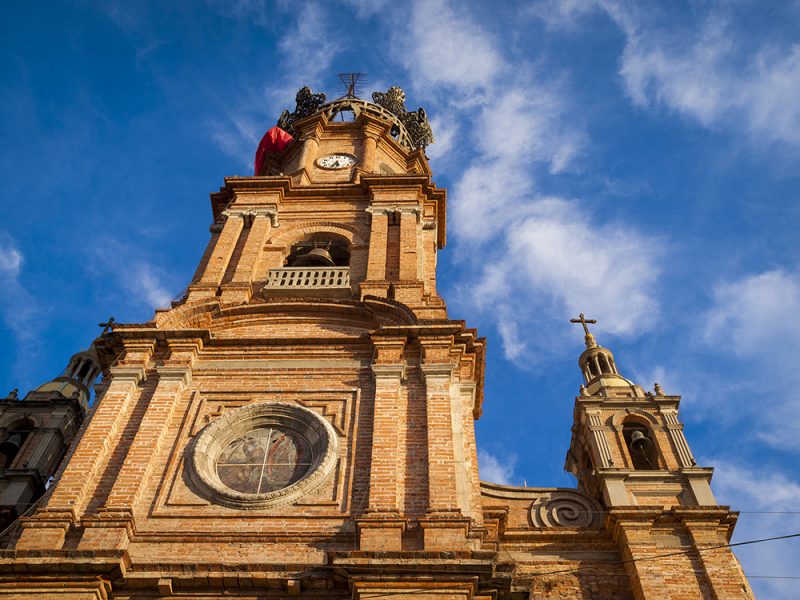 There were major delays in construction of the dome in 1926, caused by the conflict between the Church and the state. This conflict which ended in 1929 was known as the Cristero War. The main tower was completed in 1952 and this is the church as we see it today. Many people believe that the church was not actually complete until 1965, when quite literally, the parish was crowned. This was done under the design of Priest Rafael Parra Castillo, and the artistic talents of Jose Esteban Ramirez Guareño who put the finishing touch to the Church of Our Lady of Guadalupe with the addition of spectacular crown that can be seen from many miles away.

In the more recent years, many alterations have been made to the church. This stunning structure which is admired by so many even had its original crown replaced in 1995 as it was destroyed by an earthquake that struck in the neighbouring state of Colima. Sculpted by Carlos Terres this replica now sits on top of the Church and is still the subject of thousands of photographers seeking to snap that world-class shot of the beautiful sight.

TierraLuna: The Best Shopping Villa for Families in Puerto Vallarta

Top 10 Things To Do in Downtown Puerto Vallarta