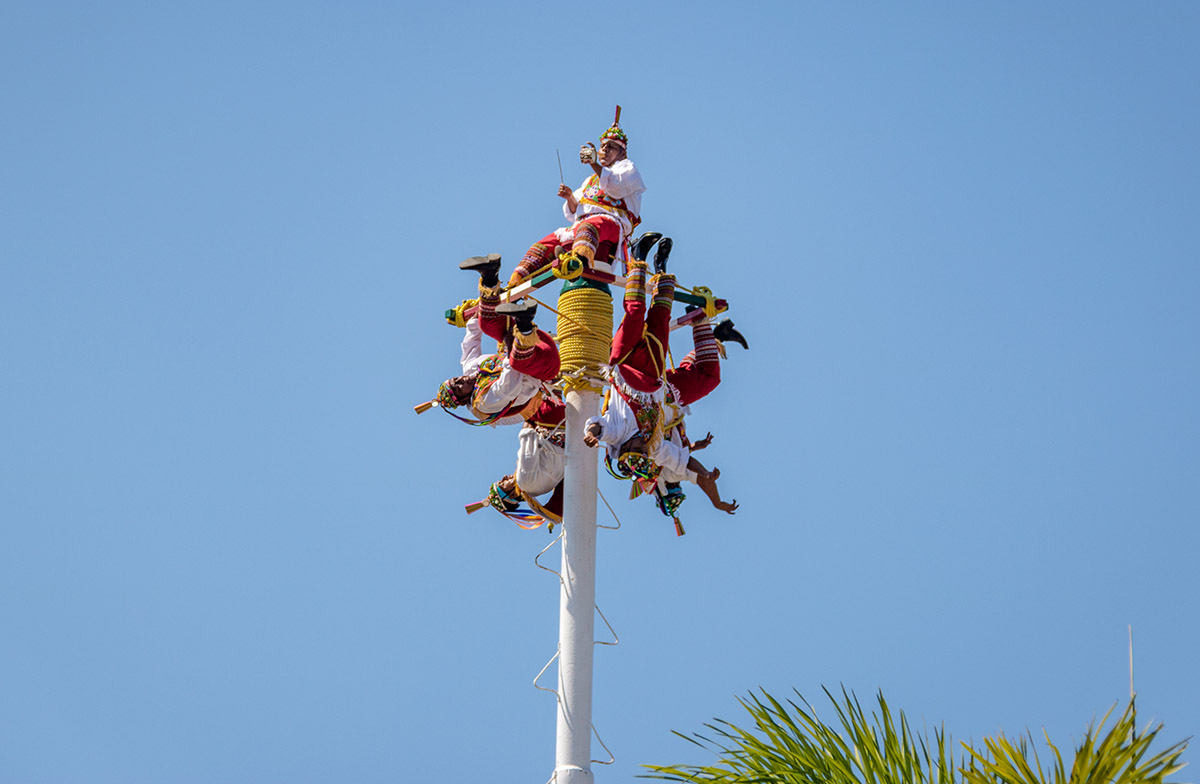 One of the most cherished activities of both tourists and locals alike in Puerto Vallarta is strolling along the city’s famed Malecon boardwalk.  This amazing waterfront path is truly the heart of downtown Puerto Vallarta, and is home to countless boutiques, restaurants, bars and nightclubs as well as a unique collection of statues and sculptures scattered along the way.  However, one of the biggest highlights is taking in the sights and sounds of the enchanting Voladores de Papantla (Flyers of Papantla) who soar through the air as they perform their ritual close to the north end of the Malecon.

There is a large pole situated next to Puerto Vallarta’s Malecon, where these talented performers put on a dazzling show several times throughout the day, every day of the week.  The men dress in beautiful traditional garb adorned with colorful embroidery as they perform a special dance while spinning around the pole.

This ceremonial ritual in Puerto Vallarta begins with five voladores (also known as birdmen) climbing to the top of the pole, where they sit and wait until the master spinner of the group perches atop the pole and begins to play his distinguishing tune on the flute.  The other four voladores each have one foot tied to the top of the pole, from which they begin to slowly spin upside-down until they reach the ground.  The rope unravels a total of 13 times as they fall closer to the Earth, during which time they “dance” as the master spinner guides the experience and plays his music from the top of the pole.  This fascinating tradition is something you will definitely want to see for yourself! 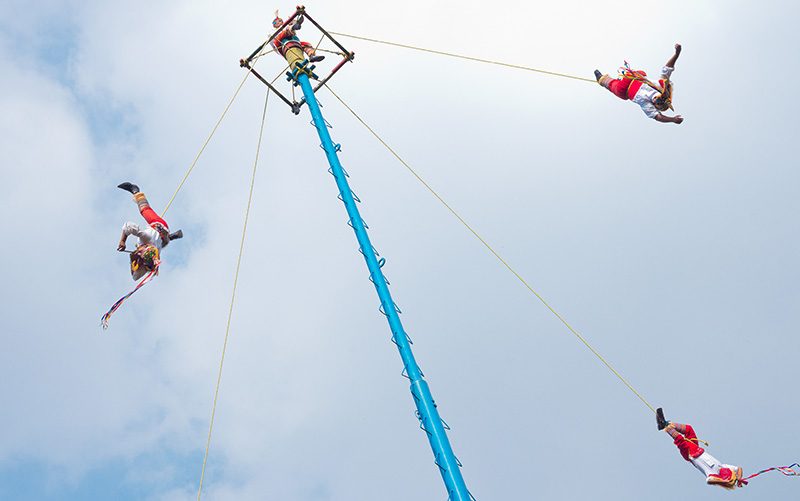 What is the history behind the Voladores de Papantla?

Ancient legend has it that the sacred ceremony dates back hundreds of years ago in central Mexico when a severe drought ravaged the land, causing hunger to the local indigenous peoples.  In order to please the gods who were feeling neglected and therefore withholding rain, this ceremony was created to ask the gods to return the much-needed water back to the land.

Five young men scoured the forest and cut down the tallest tree they could find and proceeded to remove its branches (after receiving permission from the mountain god).  After dragging the tree back to their village, they placed the trunk into the ground to create a pole.  The men dressed up as birds and climbed the tree trunk to gain the attention of the gods.  Four of them then jumped from the top as the fifth remained to play music, which pleased the gods who subsequently ended the drought. 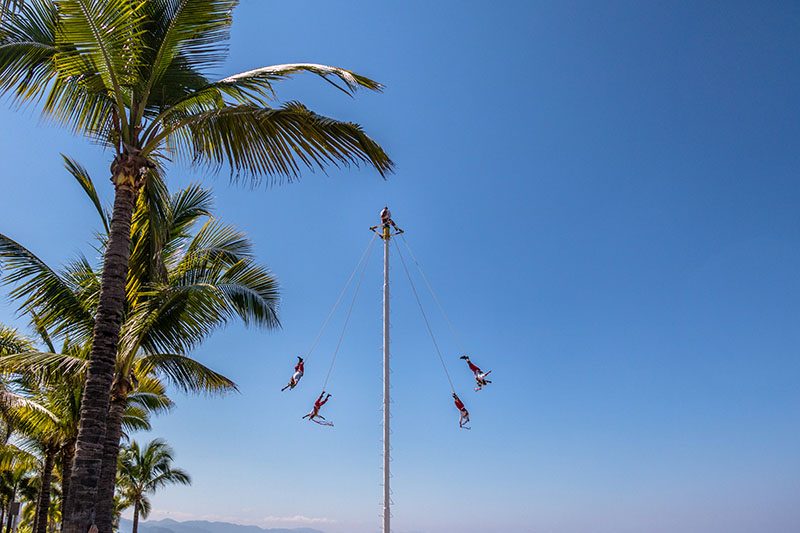 This ancient ritual is so significant to the culture of Mexico that UNESCO named it an intangible cultural heritage to protect and promote it.

For a truly unique experience, make sure you get a chance to catch Puerto Vallarta’s very own Voladores de Papantla as they perform their remarkable ritual.