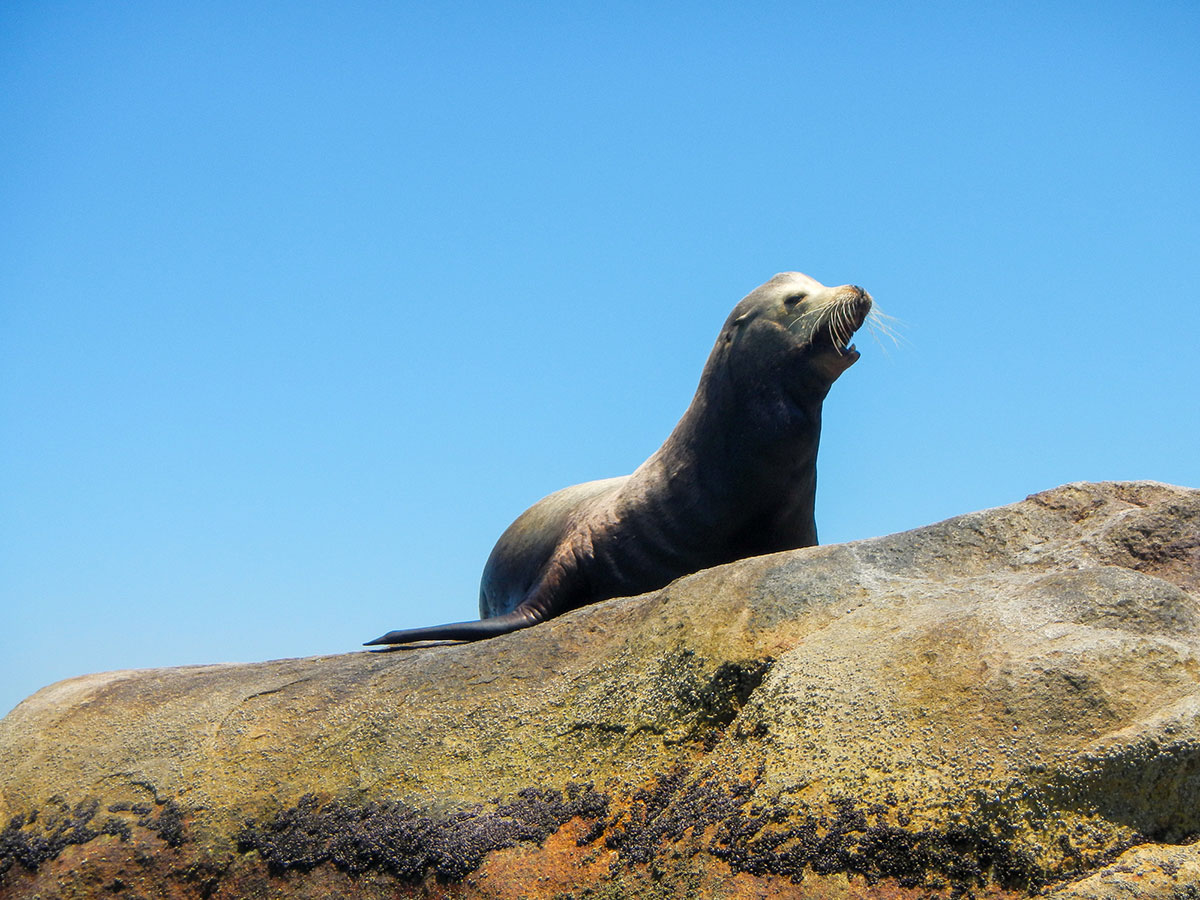 We’ve spotted wild sea lions on the grounds of Garza Blanca Preserve Resort & Spa in Puerto Vallarta! Since these incredible creatures have decided to make their home on the property, we would like to share a little bit about sea lions with you! Maybe you will see them the next time you visit Garza Blanca. 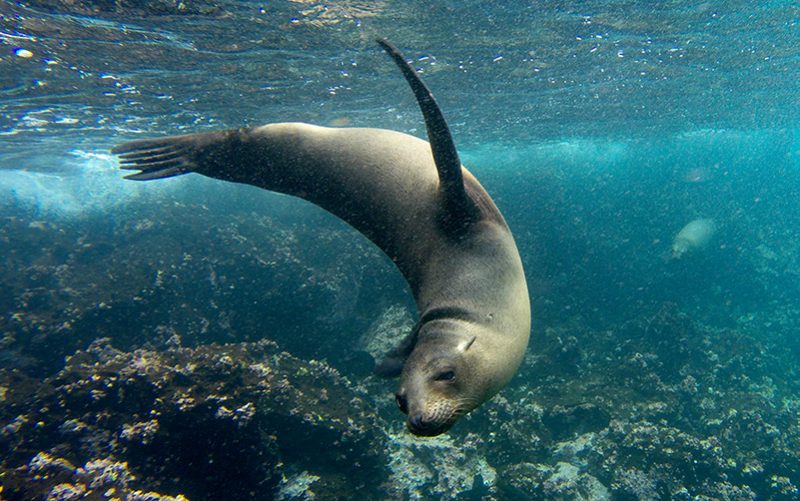 Sea lions are amphibious sea creatures of the family Otariidae, making them a close relative of many species of seal. Their characteristic attributes include playful behavior, exceptional swimming agility, and clever problem-solving skills.

While common sea lions range from 200 to 400 pounds as well as measuring from 4 to 6 feet in length depending on age and gender, some species can weigh up to one and a half tons as well as extending to a lengthy 11 feet. They can generate explosive propulsion in the water, using their long and powerful foreflippers in conjunction with their hind flippers to reach speeds of up to 20 miles per hour in the water as well as diving to depths of nearly 1,000 feet.

Sea lions cannot breathe underwater; they possessing nostrils that are closed in their resting position until they are open to taking in air. However, they can hold their breath beneath the waves for up to 20 minutes because of a special physiological build that helps them conserve oxygen while diving.

Their specialized lungs and heart are two of the key factors that allow sea lions to dive to such depths and stay underwater for such a long time without experiencing the side effects of high pressure in deep water that humans would experience. Sea lions are able to slow their heart rates and use oxygen stored in the muscles to extend their dive time. Their lungs are specially formed to handle compressed oxygen at depth. They are also able to slow their digestion rate while diving, which in turn helps their bodies use less oxygen, which means they can hold their breaths for longer. They can also tolerate carbon dioxide produced in the body when holding their breaths for a long time.

They are skilled hunters, and because of their size, they tend to dominate the areas where they live. They are considered to be one of the kings of marine environments. Thanks to their strong builds and versatility, many sea lions are able to avoid natural predators and live to their full lifespan of 20 to 30 years.

Sea lions have social instincts and behaviors, and tend to live in large groups. As they are found in coastal environments from subarctic to tropical climates worldwide, they are experts at making any environment their home. 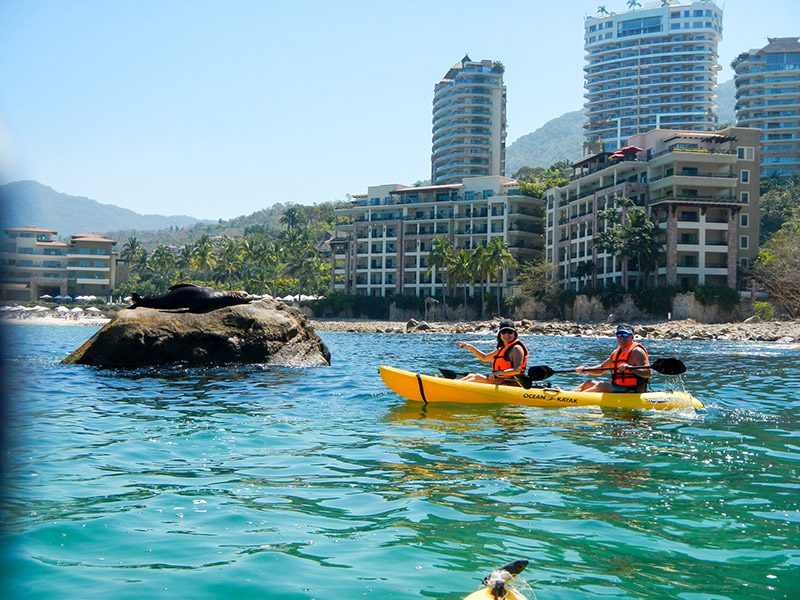 Sea lions are most readily identified from afar by their trademark barking sound. You may be able to hear them barking while you’re at the beach or the pool at Garza Blanca. If you do, you might be able to spot them yourself. They like to hang out on rocks near the ocean waves. They are often seen in small families or large packs.

In many places around the world, adventurers can scuba dive with these peaceful marine animals, sharing their otherworldly environment at depths exceeding 100 feet. Divers in Puerto Vallarta may occasionally spot them on their dives around Los Arcos.

However, it is not recommended to try to get too close to these animals, especially on land, as this could be dangerous. 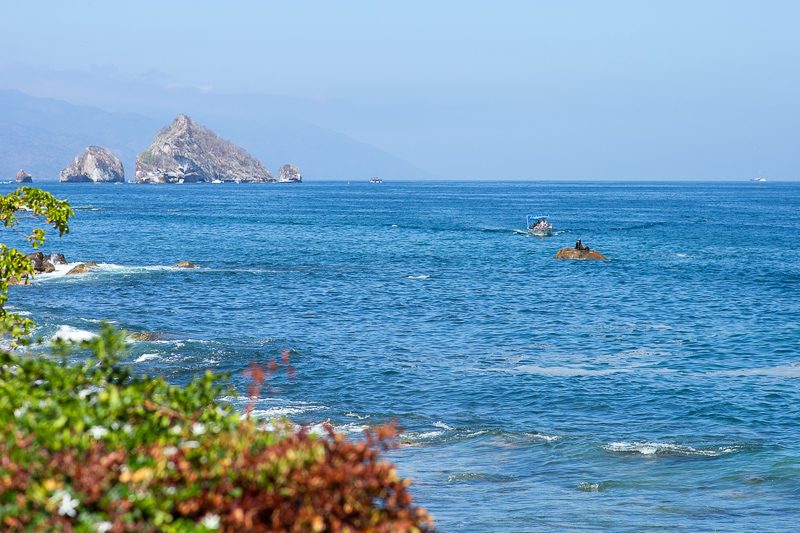 If you see the sea lions on the rocks or near the water, the best thing to do is keep your distance and take some photos with your camera zoomed in. It is not recommended to get too close to the sea lions, as this can agitate them and it could be dangerous for you too. It’s better to let them be in their natural habitat without interference.

If you are traveling with your children, you can bring your kids to check them out from a safe distance. Enjoy experiencing the natural wildlife found here in Vallarta, but remember, safety first! These are not domesticated pets, they are wild animals!

We hope you’ve enjoyed learning a little bit about sea lions in this post! Our goal is to shine a spotlight on these compelling creatures, in the interest of safety, awareness, and education. These magnificent creatures offer invaluable insight into the wonders of our strange blue planet, and we are lucky to have them near Garza Blanca!