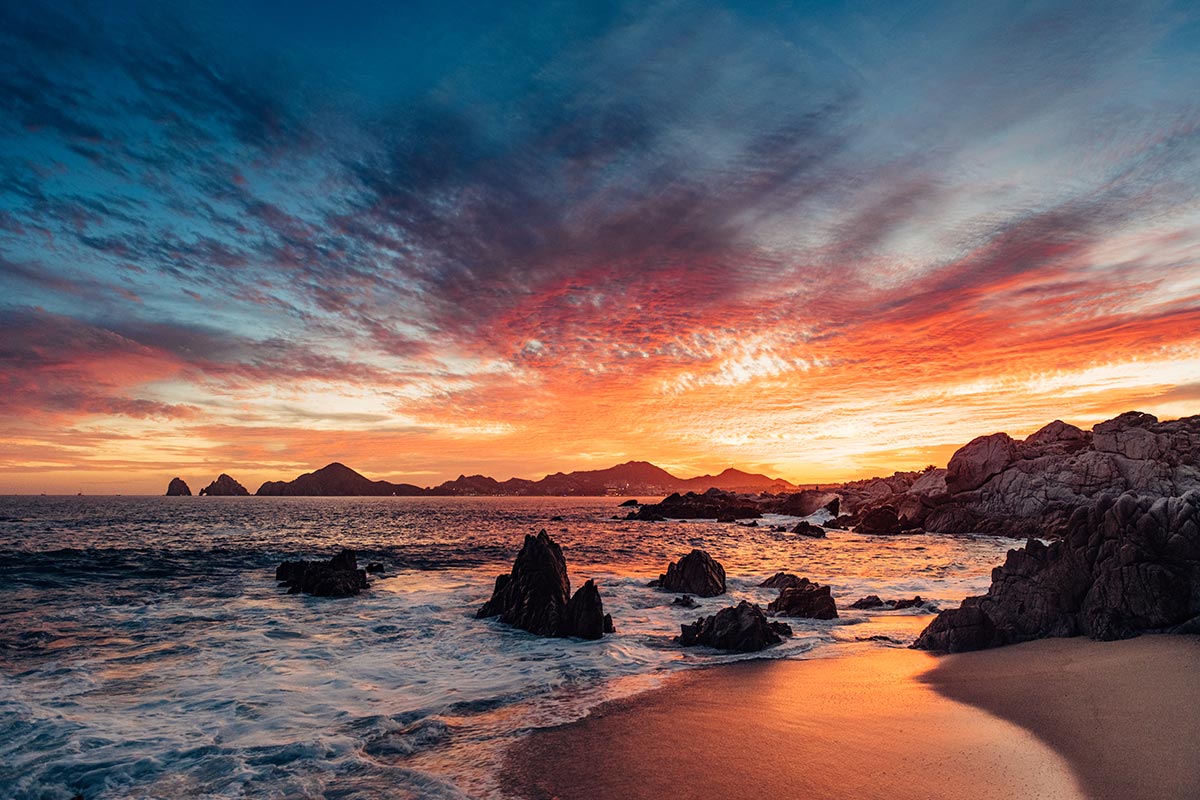 Tired of scrolling through the same browsing options night after night? Check out this list of the best Mexico travel films and find your next favorite movie! There is something for everyone – from artsy indie flicks to animated adventures. You will definitely want to add these to your viewing list!

If you’re a fan of classic movies, this film will be right up your alley! It was directed by John Huston, adapted from the play of the same name by Tennessee Williams. The story follows a defrocked minister (played by Richard Burton) who is now leading tour groups in Mexico. He finds trouble while leading a bus full of Baptist schoolteachers, and many temptations, including an infatuation for a teenage girl who is part of the tour group.

Before this movie, Puerto Vallarta was largely unknown. However, when Elizabeth Taylor began visiting Burton on set during their very public affair, the city gained international attention and began to grow as a tourist attraction.

Coco is definitely top of the list of best Mexico travel films. This animated Pixar film is a perfect flick for the whole family to enjoy. The movie won two Oscars, as well as many other awards including a Golden Globe and a BAFTA.

Full of vivid colors and memorable, sing-along songs, Coco follows 12-year-old Miguel on his journey to becoming a musician just like his idol, Ernesto de la Cruz. To make his dreams a reality, he must travel to the Land of the Dead, where he will find out secrets about his family’s past and will make some sprightly new friends who will help him on his quest.

This black and white indie film was directed by Alonso Ruizpalacios. The narrative focusses on a single mother who must send her son, Tomás, to live with his older brother, as he is too much trouble for her to handle on her own.

The movie is set in Mexico City in 1999 during the student strikes at the Autonomous National University of Mexico (UNAM). The students were protesting the tuition increase, as well as more restrictive graduation requirements. The film captures the intensity of emerging identity politics at the time in its uniquely artsy way.

This movie follows the life of Mexican artist and feminist Frida Kahlo, played by Salma Hayek, who won a Best Actress Academy Award for the role. The biographical film was directed by Julie Taymour. It was adapted from the book Frida: A Biography of Frida Kahlo, written by Hayden Herrera.

This work of art will give the audience insight into the traumatic injury Kahlo suffered as a young woman, and how learning to paint helped her heal and blossom into the artist she is now remembered as.

This is another fun, animated movie for young and old to enjoy together! Embark on the adventure through Mexico with young Manolo, a man who must choose between fulfilling his family’s expectations or following his heart. He will travel through fantastical worlds to reach this decision, and along the way he will face his greatest fears.

The Book of Life was directed by Jorge R. Gutiérrez. It was nominated for a Golden Globe and has a star-speckled cast featuring Diego Luna, Zoe Saldana, Channing Tatum, and Ice Cube.

Hecho en México (“Made in Mexico”) is a beautiful documentary, directed by Duncan Bridgeman, showcasing a collection of Mexico’s most talented musicians and performers. Weaved together with interviews, original songs, humor, and advice, this is the amalgamation of many stunning artists coming together.

This film features many incredible talents, including Diego Luna and Lila Downs. Hecho en México uses music as a universal language and gives a voice to the many different types of music Mexico has to offer.

This touching, slow-moving semi-documentary is filmed from the perspective of a young boy going on a fishing trip with his father. The boy’s parents have recently separated, with his mother living in Rome and his father off the Banco Chinchorro, a large section of coral reef, in Mexico.

The long shots of the turquoise sea water and blue sky will lull you into a state of peaceful relaxation. The film was written and directed by Pedro González-Rubio, and claimed a spot at the Morelia Film Festival.

Based on the novel by Laura Esquivel, Como Agua Para Chocolate (“Like Water for Chocolate”) is a classic story that follows the life of Tita, a woman living in a Mexican border town during the Mexican Revolutionary War. She falls in love with a man named Pedro but they are forbidden to marry. The story unfolds, dealing with issues of family, love, and tradition. Fall in love with these passionate characters and get lost in another world.

The film earned ten Ariel Awards and was nominated for a Golden Globe. Como Agua Para Chocolate was also the highest-grossing foreign film ever released in America at the time.

On a lighter note, this hilarious Western comedy features Steve Martin, Chevy Chase, and Martin Short. Follow the three amigos on their never-ending expedition for trouble and watch as they constantly fumble their way out of sticky situations. The drama begins when the trio find themselves in a small Mexican village, where they are mistaken for heroes and must protect the people from a malicious bandit.

The movie was directed by John Landis, with music written by Randy Newman. It has a feel similar to a movie of the silent film era, showcasing some top-tier slapstick comedy.

This coming-of-age film follows Julio and Tenoch — two teenage boys who embark on an epic road trip through Mexico with an older woman. Y Tu Mamá También (“And Your Mother Too”) holds immense emotional drama, just as a story about young people coming to terms with new life experiences should. This carefree adventure is packed with all the summer sun-kissed shots you need.

The is one of the best Mexico travel films, and was directed by Alfonso Cuarón after completing The Little Princess and Great Expectations. Y Tu Mamá También broke records for the highest-grossing Mexican production, earning $2.2 million in its first week!

This film was also written, produced, and directed by Alfonso Cuarón, after his Oscar-winning project, Gravity. Roma slipped by without garnering as much attention as its predecessor, but still achieved some major success, winning three Academy Awards for cinematography, directing, and foreign language film.

This flick follows the life of a family living in Mexico City, and has a commanding way of showing how individual stories are reflected in the bigger picture of life. The artistic shots in each scene will keep you engaged and the intimate story will leave you touched.

No matter what genre of movie you are looking for, this list of the best Mexico travel films will be able to satisfy your needs. From the lively Coco, to the romantic Como Agua Para Chocolate, there is something to interest everybody! If one of these films inspires you to visit Mexico, Garza Blanca Preserve in Puerto Vallarta is one of the best all-inclusive luxury resorts in the destination.

Garza Blanca Preserve: One Of The Best All-Inclusive Resorts...