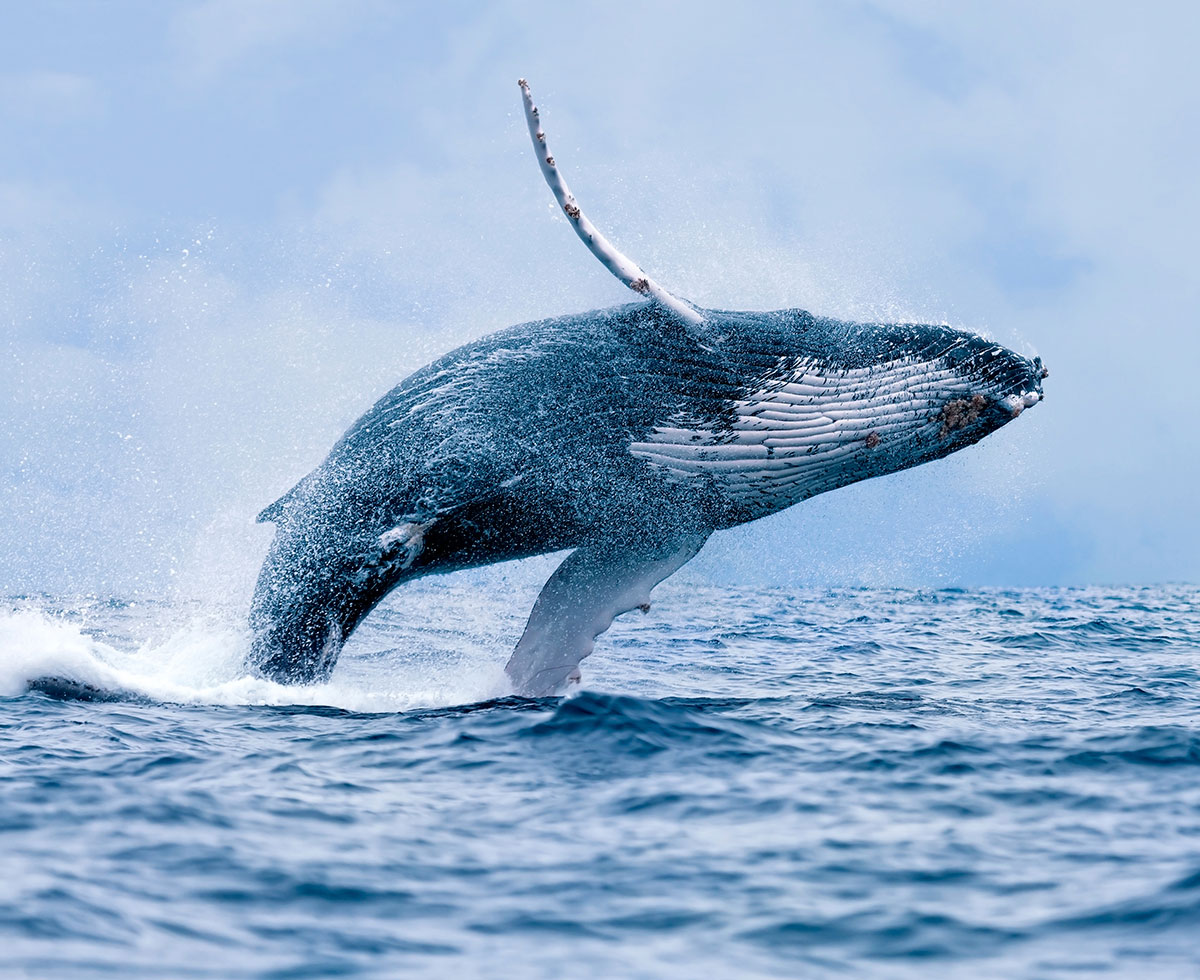 How was your whale watching experience in Puerto Vallarta?

“It was an amazing day from start to finish. My husband and I booked our tour with the tour agent at Garza Blanca and he organized everything from the pick up at the hotel and our return. It was an early start as they say that you are more likely to see whales early in the morning or at sunset. I don’t have good sea legs, so I took seasickness pills at breakfast to make sure I wouldn’t miss a thing.

As I had never been whale watching before, I was really excited but had no idea what an incredible day lay ahead. We left from the port at about 8:00 am with our guide, Juan. He told us that he has been doing tours for more than 20 years and knew the bay like it were his own skin.

At first I was unconvinced that we were going to see anything, until Juan pointed out a school of dolphins that seemed to be chasing our boat. I had never seen a dolphin in the wild so close before, so I felt like that was a good omen. A couple of our party also spotted the back of a turtle, but I was too slow to see it dive back into the water, although I was convinced every time I saw a manta ray that it was the back of a turtle.

Then, in the distance we saw two small boats that didn’t seem to be moving. At first they looked like they were fishing until we saw the tail end of my first ever whale sighting. Our boat made a beeline for the location where we saw the tail, but Juan warned us that when they show their tail it is usually because they are diving deeper and do not always come up again. Suddenly, from out of nowhere, we saw an enormous whale pull up beside us, its blowhole winking like a third eye. I have to admit, it seemed too close for comfort until I saw another smaller one to its left. It was a mother and her calf.

We had no idea that we were going to be in for such a treat. The larger whale, which we assumed to be the mother, reemerged minutes later with a pirouette high out of the water. Cameras were then made at the ready, hoping to catch a photo or two mid air. The best plan was to use the paparazzi function on the camera to ensure that we didn’t just catch the tail.  There seemed to be no stopping this whale, one after the other, it jumped and breached, followed by its offspring. Both my husband and I had never seen anything like it.

The day continued much in the same vein, although we didn’t see whales jump as close to our boat as the first two. To us it seemed that these magnificent animals were performing just for us.

It was one of the highlights of our trip and one we would repeat next time we go to Puerto Vallarta during the whale watching season. What an amazing day!”

We’d love to hear your tales of breaching whales and turtle sightings. What stories can you share of your whale watching adventures in Puerto Vallarta?