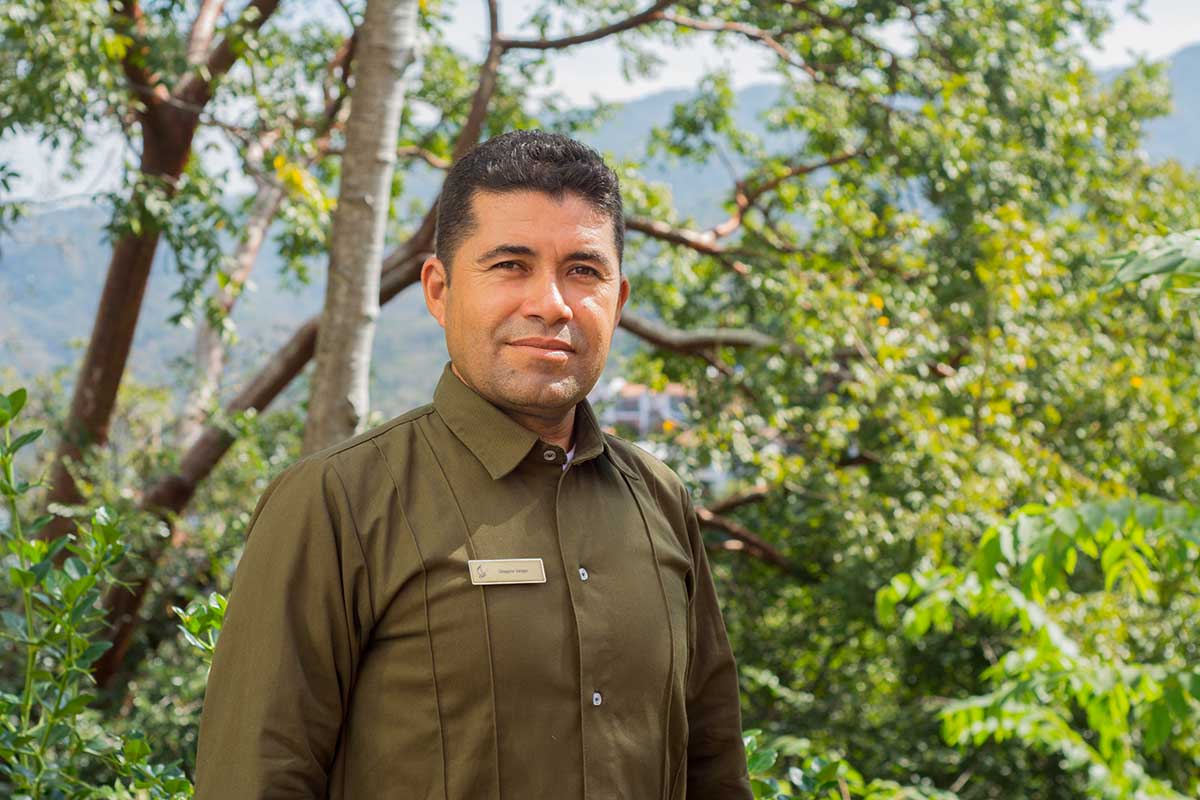 It takes a talented individual to run a successful garden, especially one that stretches over 85 acres of lush mountain landscape and works so perfectly in sync with the luxury and grandeur of an expansive, eco-friendly resort.  For the Head Gardener at the Garza Blanca Preserve Resort & Spa in Puerto Vallarta, Gregorio Vargas Muñiz, a day at work is filled with both passion and artistry.  His green thumb, artistic talent and gardening skills have wowed guests and his green creations have made perusing the resort’s grounds more like taking a stroll through an art gallery.

Who is the talent behind Garza Blanca’s Gardens?

Muñiz is a native of Cuba but was raised in Guanajuato, Mexico; a beautiful town set on rolling hills and lush green landscapes.  He spent his early years engrossed in a love for nature and his family’s passion for agriculture.  More than 22 years ago, he moved to Puerto Vallarta, where he was able to put his love for the environment to use, earning a position as one of the gardeners at Villa del Palmar Puerto Vallarta, the first property of the Villa Group, a sister company of Garza Blanca, also owned by Tafer Hotels and Resorts. From there, Muñiz learned more than a few tricks of the trade and was moved from one resort to another, earning a promotion and a wealth of knowledge at each stop along the way. 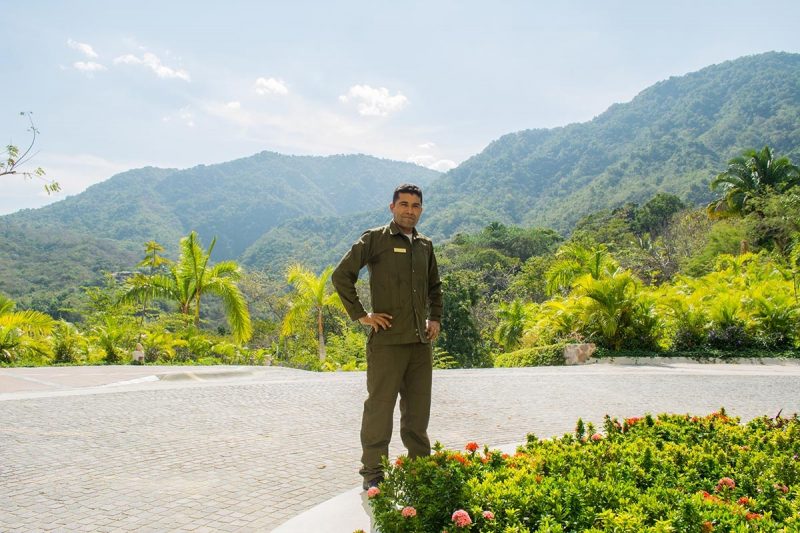 A Balance of Nature

Now, as Head Gardener at Garza Blanca resort, Muñiz leads the gardening team and ensures that the surrounding nature preserve thrives along with the resort. Muñiz and his crew work diligently throughout the year not only to ensure that the luxurious resort looks its best, but also so that it has as little impact on the environment as possible.  His team of skilled professionals works hard to replant trees, making sure to replenish the natural habitats that might have been affected by construction.  They also cultivate seeds from trees and other plant species that have declined in the region over the years; and they introduce fruit trees that provide nutrition and incentives for the animals that live on the preserve. 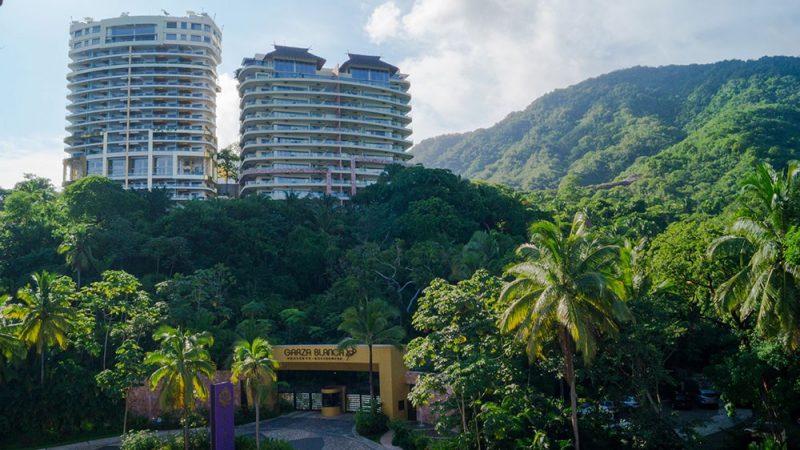 With Muñiz as their leader, the team is dedicated to maintaining the natural beauty and vitality of the Garza Blanca Preserve and they encourage guests to get involved.  By participating in the plant a tree activity, visiting the orchid garden that is growing in the Botanical Gardens or even by helping to separate organic waste, which is used in the compost that fertilizes the plants, guests are taking an active role in making many of Muñiz’s projects a reality. 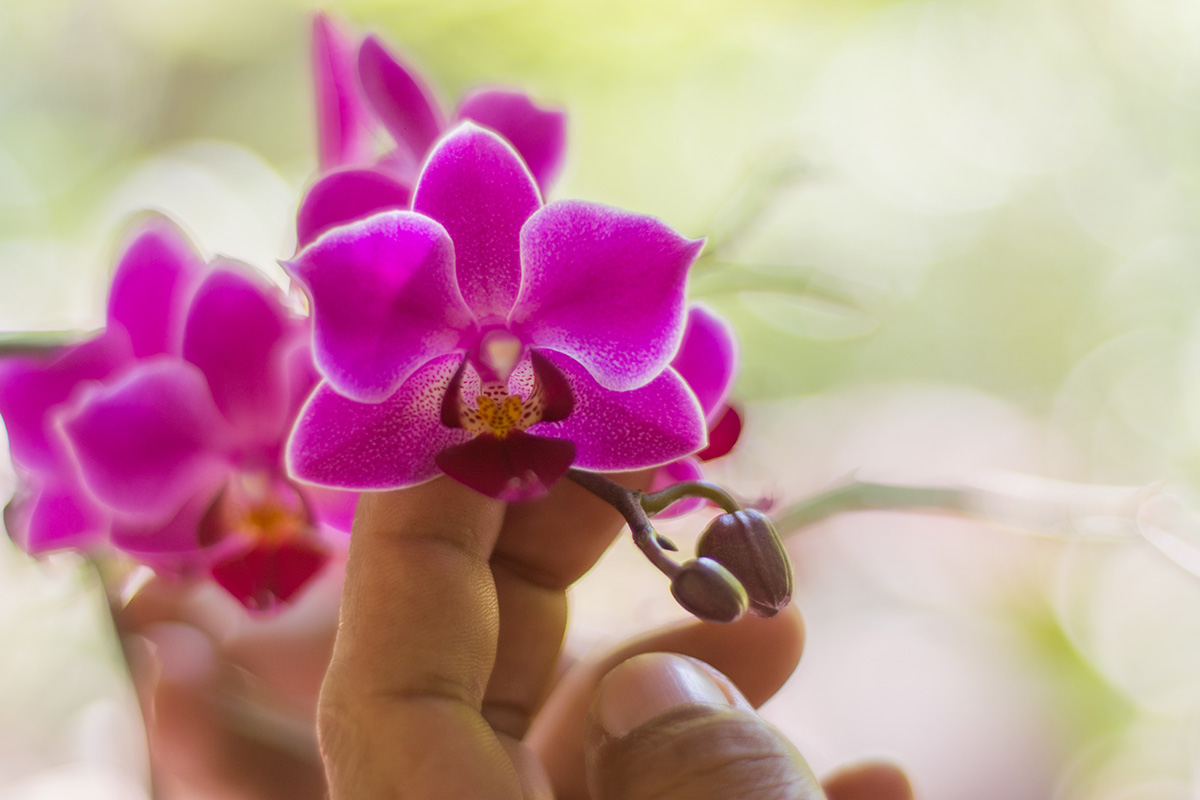 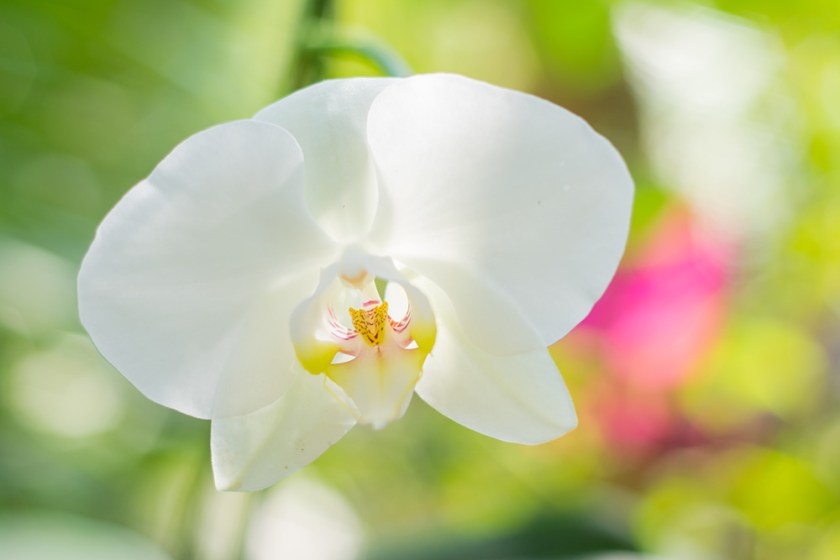 Although the Muñiz keeps busy, tending to the many environmental projects, such as the reforestation program, the nursery and the botanical gardens, he still makes time to create beautiful works of art, which can be seen at various points along Garza Blanca’s Hiking Tours.  Taking his inspiration from the picturesque landscapes that surround the resort, he builds sculptures from broken branches, structures from stones and a wealth of other artistic creations that wow and impress guests of the world-class resort.

Muñiz’s gardening work has been a dream come true for both Garza Blanca, as he dazzles guests and works hard to ensure the nature preserve is as beautiful as the day the resort was built, and for Muñiz himself, as he spends his days doing what he loves.