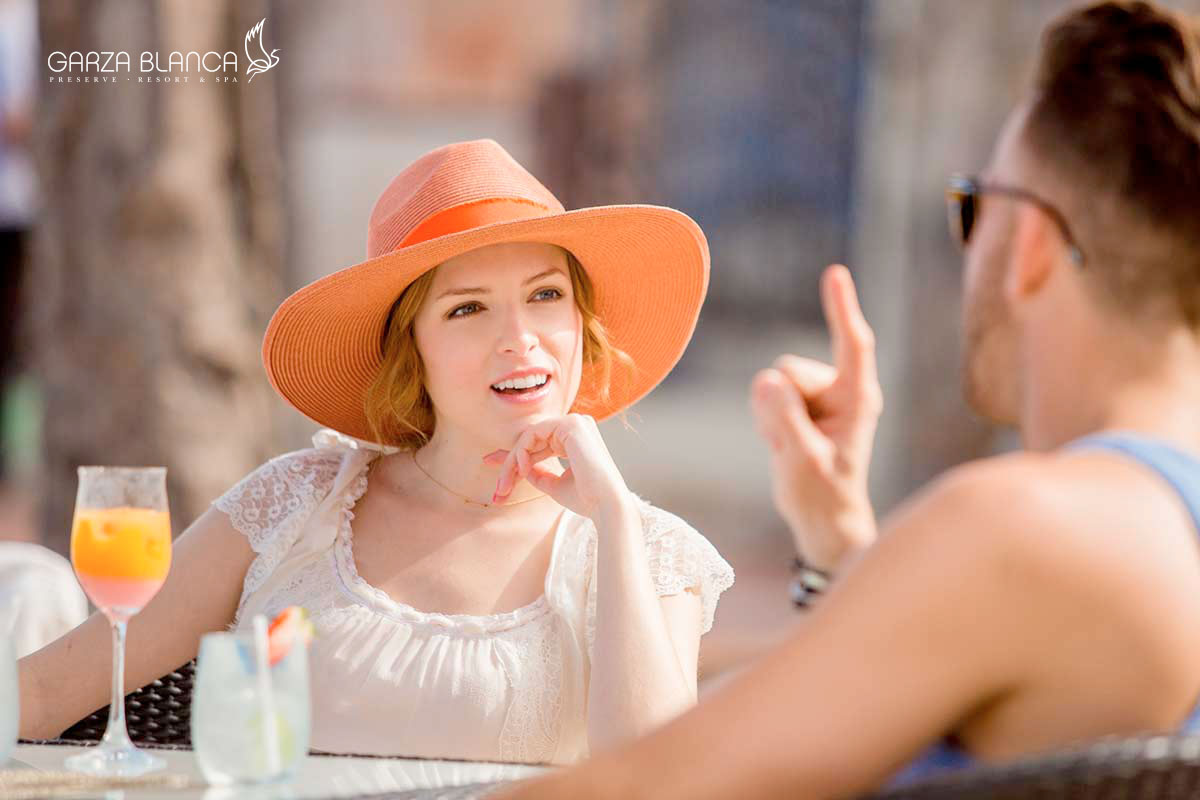 2009 Oscar nominee, Anna Kendrick who starred alongside George Clooney in the 2009 hit movie Up in the Air and plays Kristen Stewart’s best friend in the Twilight series enjoyed a leisurely vacation at the exclusive Garza Blanca Preserve Resort & Spa this spring.

Apart from basking on the powder-white sandy beaches of Garza Blanca and hanging out with friends by the infinity pool, she is reported to have loved the effortless trek through the palm thronged jungle surrounding Garza Blanca to an idyllic beauty spot where she bathed in the crystalline waters of a natural waterfall. She also received star treatment in the spa and was invited to a private tequila tasting while dining in the resort’s celebrated gourmet restaurant, Blanca Blue.

“Sometimes things are so beautiful it takes everything I have not to make an inappropriate joke and ruin the moment.”

There was certainly nothing that could ruin her stay at Garza Blanca Preserve Resort & Spa this spring! Let’s hope she returns soon.