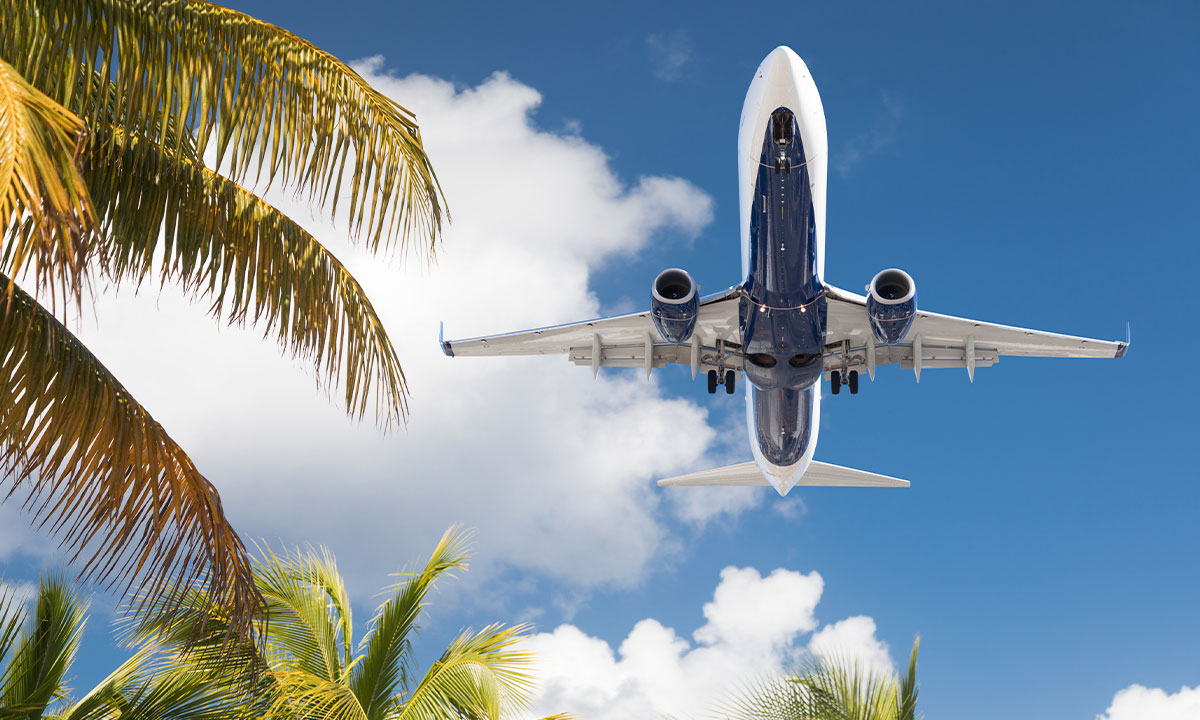 After almost a year and a half since COVID-19 took the world by storm and changed life as we knew it, it seems that we are finally taking steps forward in getting back to normality. The travel industry predicts a rush in summer vacation bookings for this year. Travelers are giddy with holiday fever and keen to get their fix of tropical sunshine and bottomless Micheladas – and who can blame them after being stuck at home for so long?

With the vaccine being administered by the thousands each day and people complying with practical health and safety precautions, such as social distancing, mask-wearing and hand sanitization, it seems that international travel is becoming much safer.

Fortunately, the rise in international travel bookings is an assuring indication that normality is making a comeback and has prompted a number of airlines who regularly fly to Puerto Vallarta to take the anticipated decision to restart flights that were paused during the height of the pandemic. And, more excitingly, new flights from New York to Puerto Vallarta have been added to the agenda for 2022!

New York is home to two impressively large airports, one being the John. F Kennedy International Airport (JFK), which was ranked the 6th largest airport in the United States of America in 2019. The other is Newark Liberty International Airport (EWR). Both airports are located in the convenient New York metropolitan area and operate hundreds of flights per day.

Currently, only one airline offers travelers a nonstop direct service from New York to Puerto Vallarta (PVR) and that airline is United Airlines, with flights departing from Newark Liberty International Airport (EWR). If you’re traveling on a direct flight from EWR to PVR, flying time is approximately 5 hours and 50 minutes.

There are currently no direct flights departing from JFK to PVR. A number of airlines fly from JFK to PVR, but all have at least one-stop, meaning that the journey can range from 6 hours to 9 hours depending on the length of the layover. However, that is soon to change following the recent announcement from JetBlue on new flights from New York to Puerto Vallarta coming in 2022!

Nonstop Flights from JFK to Puerto Vallarta coming in 2022

JetBlue has recently announced that they will be launching their first-ever nonstop flights from John. F Kennedy International Airport (JFK) all the way to paradisiacal PVR!

The launch comes as part of the “Northeast Alliance” that JetBlue has with American Airlines. “with the Northeast Alliance, we are finally able to give our customers in New York and Boston what they’ve been asking for years – more JetBlue service and more JetBlue low fares”, the company said.

Luis Villaseñor, the managing director for the Puerto Vallarta Tourism Board said, “We are delighted to have been selected as a JetBlue city for 2022”. He went on to add that the decision to launch follows a recent STR (a company specializing in tourism and real estate data) study confirming that Puerto Vallarta, as one of the leading Mexico beach destinations, showed the best tourism recovery for hotels in Mexico signaling that the city should have an exciting travel rebound by the end of year.

Other direct flights from the US to Puerto Vallarta

JetBlue can expect to join many other major airlines who offer a nonstop service to Puerto Vallarta, such as:

We are proud to announce that Puerto Vallarta has received the “Safe Travels” stamp of approval from the World Travel & Tourism Council based on the quality implementation of all COVID-19 health and safety protocols. Puerto Vallarta is also currently in “green” in Mexico’s COVID-19 stoplight system, which means that all activities are allowed and signifies a low risk of contagion.

Travelers can expect to come to Puerto Vallarta and have a safe vacation. We hope to see you soon!

10 Accessories Trends To Try For Summer 2021

Our Top Picks of 4th of July Bathing Suits to Wear

The Best Tours in Puerto Vallarta for Adventure Travelers