July 4 is a date that has special significance for most Americans, and not just those who were born on that day. Representing freedom, independence and the American Dream, The Fourth of July is a national holiday that comes second to none except, perhaps, for Thanksgiving. But have you ever considered why The Fourth of July is so named, considering that the date format adopted by the United States is month followed by day: July 4.

Some say it is ironic that the national holiday that celebrates the Declaration of Independence from “The Kingdom of Great Britain” uses the British date format, day then month, yet there are reasonable explanations for why the holiday is called “The Fourth of July” and not July 4.

Firstly, “The Fourth of July” has a more official ring to it and represents the name of the event rather than just a date. Secondly, and probably more likely to be the true reason, is that Fourth of July is more akin to the way the date would have been announced in 1776 when the Declaration of Independence was drafted by John Adams, Ben Franklin, Thomas Jefferson, Robert R. Livingston, and Roger Sherman.

In a letter to his wife, John Adams used the day-month date format to talk about the importance of the day for future generations:

“The second day of July, 1776, will be the most memorable epoch in the history of America. I am apt to believe that it will be celebrated by succeeding generations as the great anniversary festival. It ought to be commemorated as the day of deliverance, by solemn acts of devotion to God Almighty. It ought to be solemnized with pomp and parade, with shows, games, sports, guns, bells, bonfires, and illuminations, from one end of this continent to the other, from this time forward forever more.”

More important than the way the date is stated, you will notice that the original date when the Declaration of Independence was due to be accepted was in fact July 2, 1776 and not in fact July 4. It took a couple of days for the finally amendments to be made and a further month for all 13 colonies to sign the declaration on August 2. Does The Second of August have the same ring?

If you have chosen to spend Independence Day at Garza Blanca Preserve this year, you will still get your fix of fireworks and patriotic fervor. For the occasion, you will enjoy a live music band playing your favorite tunes from the USA and a firework display. But remember, at Garza Blanca Preserve, no matter what date you choose to visit paradise, you are sure to feel a sense of freedom and independence in Puerto Vallarta. There is always something to celebrate at Garza Blanca – your arrival is a good start! 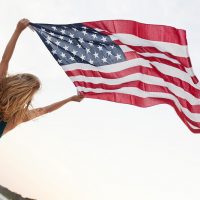 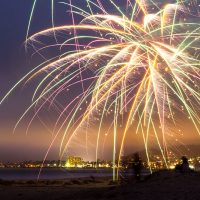 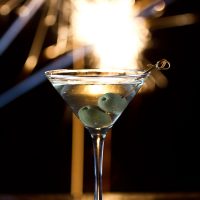